A federal judge has ruled that former national security adviser John Bolton can move forward in publishing his tell-all book despite efforts by the Trump administration to block the release because of concerns that classified information could be exposed.

The decision from US District Judge Royce Lamberth on Saturday is a victory for Bolton in a court case that involved core First Amendment and national security concerns.

The ruling means a broader election-year readership and distribution of a memoir that paints an unflattering portrait of President Donald Trump’s foreign policy decision-making during the turbulent year-and-a-half that Bolton spent in the White House.

“While Bolton’s unilateral conduct raises grave national security concerns, the government has not established that an injunction is an appropriate remedy,” US District Judge Royce Lamberth said in his ruling.

The administration had sought a temporary restraining order and preliminary injunction against the publication of ther book, The Room Where It Happened: A White House Memoir, saying it contained classified information and threatened national security.

The book, scheduled to hit store shelves on Tuesday, is already in the hands of media organisations.

“Defendant Bolton has gambled with the national security of the United States. He has exposed his country to harm and himself to civil (and potentially criminal) liability,” the judge wrote.

But he said an injunction would be too late to stem the harm. “With hundreds of thousands of copies around the globe – many in newsrooms – the damage is done,” Lamberth said.

In a tweet shortly after the decision was released, Trump charged again that Bolton was releasing classified information. “He must pay a very big price for this, as others have before him,” Trump said. “This should never to happen again!!!”

BIG COURT WIN against Bolton. Obviously, with the book already given out and leaked to many people and the media, nothing the highly respected Judge could have done about stopping it…BUT, strong & powerful statements & rulings on MONEY & on BREAKING CLASSIFICATION were made….

Several excerpts have already been released from the book, which has drawn attention for its withering portrayal of Trump, including alleged improprieties far more extensive than the accusations underlying the president’s impeachment trial in February.

Reporting from Washington, DC, Al Jazeera’s Mike Hanna said that the judge in his ruling pointed out Bolton had initially agreed to the government review process in writing the book but that he grew impatient and walked away from the review.

“The judge implied that if the Justice Deparment had brought an injunction at that particular point, when Botlon walked away from the review of the book and before contents of the book had been made public, the outcome may well have been different,” he said.

Bolton is a foreign policy hawk who left the administration last September after 17 months as NSA.

He accused Trump in the memoir of exhibiting “fundamentally unacceptable behavior” that eroded the legitimacy of the presidency, and being driven by his own political interests.

The government supported its argument with filings from several senior intelligence officials who said publishing would damage national security.

Simon & Schuster, the publishers of Bolton’s memoir welcomed the ruling on Saturday.

“We are grateful that the Court has vindicated the strong First Amendment protections against censorship and prior restraint of publication,” they said in a statement. 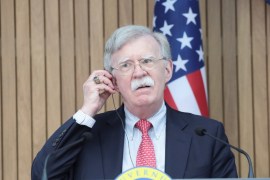 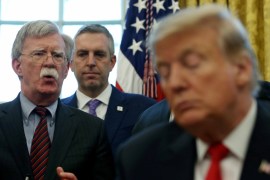 US gov’t has tried stop publication of book by former adviser that claims Trump wanted China’s help to win re-election. 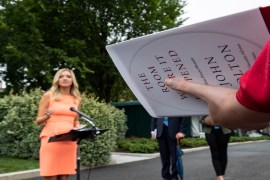 Tell-all memoir by ex-national security adviser has White House officials on the attack and a court date to block it.