At least 20 Indian soldiers have been killed after a violent confrontation with Chinese troops in the Himalayan region of Ladakh in the deadliest clash in nearly 50 years, with experts warning of a new geopolitical flashpoint in South Asia.

New Delhi blamed Beijing for Monday’s clash in Galwan Valley near the Line of Actual Control (LAC) where the Chinese and Indian troops have been engaged in a standoff since early last month.

The heightened tensions between the two nuclear-armed countries have drawn international concerns, with the UN urging both sides “to exercise maximum restraint”. The two sides previously fought a brief and bloody war over the demarcation of the border in the region in 1962.

India’s External Affairs Ministry on Wednesday accused the Chinese side of attempting “to unilaterally change the status quo” in Galwan Valley – a key geostrategic junction in the Himalayan region where India is building a road to connect to an airstrip close to China.

The Indian army in a statement said “the violent face-off took place” on Monday night during “the de-escalation process” in the Galwan Valley. It said there were casualties “on both sides”.

China has not officially commented on the casualty figures on its side.

India said since early May thousands of Chinese troops have crossed to the Indian side of the LAC, the 3,488km (2,167-mile) de facto border between the two neighbours, at several places – Pangong Tso Lake, Galwan Valley and Demchok in Ladakh, and Nathu La in Sikkim – and built bunkers and brought armoured trucks and artillery.

Neither side has released a detailed account of Monday night’s fighting as both governments have shared little information with the media.

Indian officials, however, said no weapons were used in the clash, with soldiers engaged in brutal hand-to-hand fighting with clubs and staves about 4,270 metres (14,000 feet) above sea level amid sub-zero temperatures.

China blamed India for the violent clashes and insisted it did not want the situation to escalate. Chinese Foreign Ministry spokesman Zhao Lijian said on Wednesday the border situation was “stable and controllable”.

The killing of Indian soldiers, including a colonel, has caused outrage in India with people calling on the government of Prime Minister Narendra Modi to boycott Chinese products. Beijing is India’s biggest trading partner, with annual bilateral trade worth $92bn.

On Wednesday, Rahul Gandhi, the leader of the opposition Congress party, questioned Modi’s silence on the biggest border tension in decades. “Enough is enough, we need to know what happened. How dare China kill our soldiers? How dare they take our land?” he wrote on Twitter.

Why is the PM silent?
Why is he hiding?

Enough is enough. We need to know what has happened.

How dare China kill our soldiers?
How dare they take our land?

Later on Wednesday, Modi assured that “the sacrifice of our jawans [soldiers] will not go in vain”.

“For us, the unity and sovereignty of the country is the most important … India wants peace but it is capable to give a befitting reply if provoked,” said Modi’s statement carried by the local ANI news agency.

Meanwhile, in a sign of de-escalation, foreign ministers from both countries spoke via telephone and agreed to “cool down” tensions.

Chinese Minister of Foreign Affairs Wang Yi spoke to his Indian counterpart, Subrahmanyam Jaishankar, on Wednesday and expressed his willingness for “a diplomatic solution” to the border crisis, China’s foreign ministry said in a statement.

Analysts said the current standoff is a result of China’s pushback against India’s construction of military infrastructure in border areas in recent years.

“I believe China has been concerned at Indian road building along the LAC particularly one road that was completed last year that essentially allows connectivity from Leh, the capital of Ladakh, all the way to Karakoram Pass,” said Michael Kugelman, deputy director of the Asia Program at The Wilson Center.

The 255km (158-mile) Darbuk-Shyok-Daulat Beg Oldie (DSDBO) road was inaugurated last year. China has objected to the extension of a branch of the DSDBO.

China’s economic corridor to Pakistan and Central Asia passes through Karakoram, which is close to the Galwan Valley. The disputed area is close to the Aksai Chin plateau, which is under Chinese control but claimed by India.

“Ladakh and eastern Ladakh is crucial for China’s access to Central Asia and CPEC project with Pakistan in which they [China] have invested billions of dollars [about $60bn],” said Happymon Jacob, professor of international relations at Jawaharlal Nehru University based in New Delhi.

“China is worried about it [India’s border military infrastructure] because you have a situation where China has lots of interests in that particular region.”

Jacob and Kugelman believe geopolitics is at play with China, a rising superpower, taking on India. “I think that is the message that China is trying to convey through this confrontation to the other states [in the region],” Jacob told Al Jazeera.

India repealed Article 370 of its constitution that guaranteed a measure of autonomy to Kashmir and subsequently carved out Ladakh from Kashmir and made it into a federally-administered territory.

China, along with its close ally Pakistan, condemned India’s move and raised the issue at the UN Security Council (UNSC).

Kugelman said geopolitical factors played a role in the latest escalation. “I think any conversation about Chinese motivation for its recent provocation has to address the repeal of Article 370.”

“I think it’s clear, Beijing responded strongly and quickly after India made that move last year. I think China looks at [the] Article 370 repeal similarly to Pakistan that India made a unilateral move that affected territory China claims [as] its own. I do think the Article 370 is very much a part of China’s broader thinking,” he said.

India and Pakistan have fought three wars over Kashmir – a Muslim-majority Himalayan region that has witnessed armed rebellion against Indian rule.

Kugelman said the other major geopolitical factor at play is the US-India-China triangle.

“While the US-China relationship has been collapsing, the US-India relationship has been rapidly growing. I think China understands that. Its message to India: ‘If you want to get closer to my rival, that’s fine, but look what we can do to you in return’,” he said, adding that US support to India has been “much more public and robust” this time.

Jacob, the foreign policy professor, said India should reach out to the Quadrilateral Security Dialogue, known as Quad, with Japan and Australia. India and the US are the other members of this group.

“If the USA makes noises in favour of India and strengthens the Quad, it will send a message to China that we will take aggressive steps and will defend our interest,” he said.

“They [Quad] should conduct more joint military exercises in [the] Indian ocean region where Chinese have major economic and commercial interests.

“Even they [the US] share fraction of information with India, the Indian planning vis a vis Chinese will improve drastically.”

As the two sides prepare for dialogue, their entrenched positions on controlling strategic areas in one of the harshest frontiers in the world might become an impediment to finding resolution to the border standoff.

Galwan area – a key strategic junction – is particularly important for India due to its proximity to the Nubra valley, which is a feeder station for the Indian forces deployed in Siachen glacier.

Pakistani forces are also deployed at in parts of Siachen – dubbed the highest battlefield in the world at 6,000 metres (20,000 feet).

Jacob says China would demand concession from the Indian side. “They might say that Indian infrastructure in certain areas should not continue,” he said.

“Chinese control of Galwan Valley could in the future threaten India in Siachen glacier.”

For Modi, a Hindu nationalist who won re-election in May 2019 following military conflagration with its foe Pakistan, the border crisis comes at a time when New Delhi is facing an economic crisis as it struggles to contain the spread of the novel coronavirus.

Modi’s neighbourhood-first policy seems to be in tatters as it is now locked in border disputes with three of its neighbours, including its traditional friend Nepal. New Delhi and Kathmandu are engaged in what experts have called cartographic war.

“There is no question about the fact that India neighbourhood policy in last few years have been in complete failure,” Jacob, the foreign policy professor, said.

“Even Bangladesh has issues with India after how ruling party leaders have been going on talking about Bangladeshi immigrants in India as ‘termites’.

“I think we are facing very tight situation at this point of time. On the one hand the major power in the region, China, is against India and on the other hand, smaller neighbours, which have been traditionally very friendly to India, are also negatively disposed to India. I think that is the major policy failure,” he said. 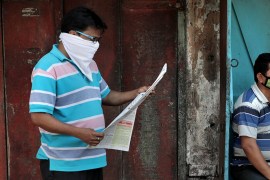 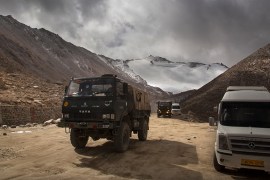