The United Nations has warned that three-quarters of the aid programmes backed by its agencies in war-ravaged Yemen will have to shutter in weeks without more funding, even as both COVID-19 and cholera continue to spread in the country facing the world’s worst humanitarian crisis.

Yemen’s long-running conflict mainly pits Houthi rebels against a pro-government camp supported by a military coalition led by Saudi Arabia and the United Arab Emirates. The fighting has left some 24 million Yemenis – more than two-thirds of the population – to rely on some form of aid.

International donors pledged $1.35bn for Yemen at a conference on June 2 – but that was well below a $2.4bn fundraising target needed to prevent severe cutbacks in the UN’s aid operation.

“More than 30 of the 41 UN-supported programmes in Yemen will close in the coming weeks if additional funds are not secured,” UN human rights spokesman Rupert Colville told a briefing in Geneva.

“Now, more than ever, the country needs the outside world’s help, and it’s not really getting it,” he said.

Jens Laerke, a spokesman for the US Office for the Coordination of Humanitarian Affairs (OCHA), said only 47 percent of the promised $1.35bn had actually been received.

Yemen has so far reported 564 confirmed coronavirus infections and 130 related deaths, but the figures lag and may not include all cases in areas controlled by the Houthis in the north, Colville said.

The challenging situation is compounded by the country’s extremely limited testing capacity. According to data compiled by the International Rescue Committee, Yemen has one of the world’s lowest testing rates, even compared with other conflict-hit countries, at just 31 tests per million citizens.

Meanwhile, some 137,000 cases of cholera and diarrhoea have been recorded this year, nearly a quarter of them in children below five, according to the UN.

The conflict has killed more than an estimated 100,000 people and displaced millions of others, pushing the impoverished country to the verge of famine and gutting its infrastructure.

The UN says the country’s health system has in effect collapsed, with hospitals lacking beds and basic medicine and turning away sick people. The country’s malnourished population has among the world’s lowest immunity levels to disease.

The world body’s children agency, UNICEF, said water, sanitation and hygiene services for four million people would start shutting down in July if it did not get $30m by the end of this month.

She said a lack of COVID-19 testing is exacerbating the humanitarian situation unfolding in Yemen, where young boys and girls are the most at risk.

“The children in Yemen are worse off than all children in the world – and for us, this is an emergency.”

“[There is] a pre-existing situation where children were already in dire need and now children are confronted with multiple issues – and COVID-19 just adds to their complex and very difficult lives.” 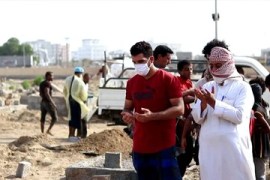 Cemeteries overflow in Aden as COVID-19 deaths spike in Yemen 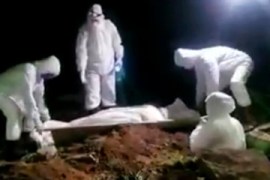 Yemen COVID-19: Fears cases and deaths are being underreported

The WHO believes many more people in Yemen are affected by coronavirus than official reporting shows. 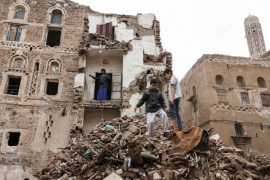 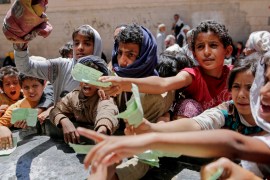 About 75 percent of UN programmes in war-torn Yemen have ended or been reduced as funds dry up.