Vermont Senator Bernie Sanders, who saw his once-strong lead in the United States Democratic Party primary evaporate as the party’s establishment lined swiftly up behind rival Joe Biden, ended his presidential bid on Wednesday, an acknowledgement that the former vice president is too far ahead for him to have any reasonable hope of catching up.

In an address to supporters streamed over the internet from his home in Burlington, Vermont, Sanders struck a defiant tone and, as he has throughout his campaign, railed against a “corporate and political establishment” lined up against him and his ideas.

He insisted that his campaign, while unsuccessful, won an “ideological struggle” and opened Americans’ eyes to the importance of his signature issues such as a higher minimum wage and free higher education.

Sanders seized on the current coronavirus pandemic as evidence that his proposal of Medicare for All is even more critical to the country than it was just a few months ago. He said the crisis has “exposed for all to see how absurd our current employer-based health insurance system is”.

He acknowledged that many of his supporters want him to stay in the race, but said he “cannot in good conscience continue to mount a campaign that cannot win” and congratulated Biden, whom he called “a very decent man” that “I will work with to move our progressive ideas forward”.

In a statement following the announcement, Biden praised Sanders, saying he and his supporters “have changed the dialogue in America.”

“Bernie has done something rare in politics. He hasn’t just run a political campaign; he’s created a movement,” Biden said. “And make no mistake about it, I believe it’s a movement that is as powerful today as it was yesterday. That’s a good thing for our nation and our future.”

Reacting to the news on Twitter, President Trump used the occasion to sow discord between the progressive and moderate wings of the Democratic Party and encouraged aggrieved Sanders supporters to back him in November.

Bernie Sanders is OUT! Thank you to Elizabeth Warren. If not for her, Bernie would have won almost every state on Super Tuesday! This ended just like the Democrats & the DNC wanted, same as the Crooked Hillary fiasco. The Bernie people should come to the Republican Party, TRADE!

Sanders initially exceeded sky-high expectations about his ability to recreate the magic of his 2016 presidential bid, and even overcame a heart attack last October on the campaign trail. But he found himself unable to convert unwavering support from progressives into a viable path to the nomination amid “electability” fears fueled by questions about whether his democratic socialist ideology would be palatable to general election voters.

The 78-year-old independent Senator began his latest White House bid facing questions about whether he could win back the supporters who chose him four years ago as an insurgent alternative to the party establishment’s choice, Hillary Clinton. Despite winning 22 states in 2016, there were no guarantees he’d be a major presidential contender this cycle, especially as the race’s oldest candidate.

Sanders, though, used strong polling and solid fundraising – collected almost entirely from small donations made online – to more than quiet early doubters. Like the first time, he attracted widespread support from young voters and was able to make new inroads within the Hispanic community, even as his appeal with African Americans remained small. 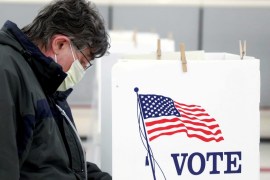 Coronavirus turns US 2020 election into a virtual one

The new coronavirus is posing an unprecedented election year challenge to candidates running for president. 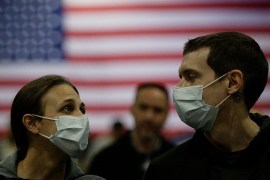 US DNC postpones 2020 convention due to coronavirus pandemic 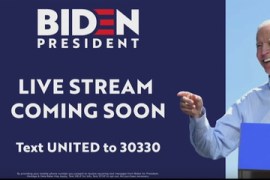 The pandemic has forced the US to re-examine its 2020 election cycle.