United Kingdom Prime Minister Boris Johnson has been moved to intensive care after his coronavirus symptoms worsened, according to government officials.

Johnson was admitted to hospital on Sunday night and had been undergoing tests after suffering persistent coronavirus symptoms for more than 10 days, but the government had earlier said he was in good spirits and still in charge.

“Since Sunday evening, the prime minister has been under the care of doctors at St Thomas’ Hospital, in London, after being admitted with persistent symptoms of coronavirus,” a Downing Street spokesperson told Al Jazeera in an emailed statement.

“Over the course of this afternoon, the condition of the prime minister has worsened and, on the advice of his medical team, he has been moved to the Intensive Care Unit at the hospital. “The PM is receiving excellent care, and thanks all NHS staff for their hard work and dedication.”

Johnson tested positive for the virus on March 26.

“Boris Johnson himself put out a tweet on Monday saying he was in good spirits,” said Al Jazeera’s Nadim Baba, reporting from London.

“[Foreign Secretary] Dominic Raab at the daily briefing said much the same thing, insisting that Johnson, from hospital, continued to lead the government and receive regular updates – but he also admitted he hadn’t spoken to the prime minister since Saturday, and that raised a few questions and sceptical looks,” Baba added.

Last night, on the advice of my doctor, I went into hospital for some routine tests as I’m still experiencing coronavirus symptoms. I’m in good spirits and keeping in touch with my team, as we work together to fight this virus and keep everyone safe.

“We were told [when Johnson was admitted on Sunday] that he would receive routine checks – they could involve checking his lungs, but beyond that, there’s been very little detail of what treatment he has received and what condition he has been in. But now, it is clear that he is in a serious condition, and serious enough that he is not just going to be in hospital overnight, but for some while further.”

Reactions have been swift.

“Terribly sad news. All the country’s thoughts are with the prime minister and his family during this incredibly difficult time,” said Keir Starmer, leader of the main opposition Labour Party.

Rishi Sunak, the country’s finance minister, known as the chancellor of the exchequer, paid special mention to the prime minister’s heavily pregnant partner, Carrie Symonds, who is understood to be getting over the virus herself.

“My thoughts tonight are with Boris Johnson and Carrie Symonds. I know he’ll be getting the best care possible and will come out of this even stronger,” he said.

And among ordinary Britons, reactions took over Twitter in the UK and beyond, with the terms “Boris”, “Pray for Boris”, “#GetWellBoris”, “Dominic Raab”, “#getwellsoonboris”, “Intensive care” and “C’mon Boris” all appearing in the top ten topics in the UK on Monday night.

Across the Atlantic, US President Donald Trump said all Americans were praying for Johnson’s recovery.

“He’s been really something very special – strong, resolute, doesn’t quit, doesn’t give up,” Trump told a news briefing, adding he had asked two pharmaceutical firms developing potential COVID-19 therapies to get in touch with the British government to offer their services.

“We’ve contacted all of Boris’ doctors and we’ll see what is going to take place,” he said. “But they are ready to go.”

The news also shocked the markets, with the UK’s currency taking a major hit. Sterling turned negative against both the US dollar and the euro on Monday night.

In early February, as the UK took a different approach to much of the rest of Europe in its handling of the crisis, Johnson said he was continuing to shake hands with people – even in a hospital in which he said there were patients being treated for coronavirus infections.

Three weeks later, the country was placed in a state of near-lockdown, with movement restricted and all but “essential workers” advised not to leave their homes.

James Gill, a general practioner and honorary clinical lecturer at Warwick Medical School, told Reuters that the prime minister’s entry to intensive care should be taken as a sign to reinforce the advice to maintain social isolation and distancing.

“We do not have enough information to, nor should we speculate about the condition of Mr Johnson,” he told Reuters. “He is just another patient who is currently running the marathon of the COVID-19. Without a doubt for all patients in his situation, this will be one of the most physically demanding challenges of their lives. The support of the ITU (Intensive Therapy Unit) team will be crucial over the next few hours and days to increase the chances of a successful recovery, completing this marathon challenge.”

Alison Pittard, dean of the Faculty of Intensive Care Medicine, said: “The prime minister is in all of our thoughts as he enters intensive care. As an ICU patient, he will have a fantastic multi-professional team looking after him – it is the intensive care team, their experience and their training, that will be the central component of the treatment he receives. The experience will give him a special insight into what intensive care is and its importance for the future. I know he will receive the highest quality of care.” 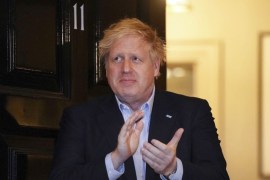 UK’s foreign minister steps in for Boris Johnson as prime minister’s condition worsens after being admitted to hospital. 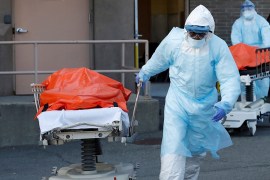 The US has the third-highest number of reported deaths from COVID-19 in the world. 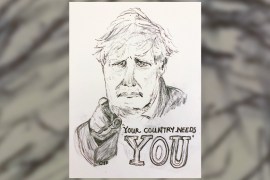 We don’t need a ‘war’ against coronavirus. We need solidarity

We must refuse recruitment for an ethno-nationalist ‘war against coronavirus’ and insist on international solidarity.