At least nine people were killed late on Wednesday as a 43-year-old German man went on a shooting rampage in the western town of Hanau, targeting customers at two separate shisha lounges.

The suspect and his mother were found dead in his apartment early on Thursday after a huge manhunt.

Police are attempting to identify the victims.

Federal prosecutors have said there are indications of a far-right motive.

Police said the two crime scenes were at Heumarkt, in the centre of Hanau, and Kurt-Schumacher-Platz in the western neighbourhood of Kesselstadt, about 2km (1.24 miles) away. The suspect’s apartment was also in Kesselstadt. 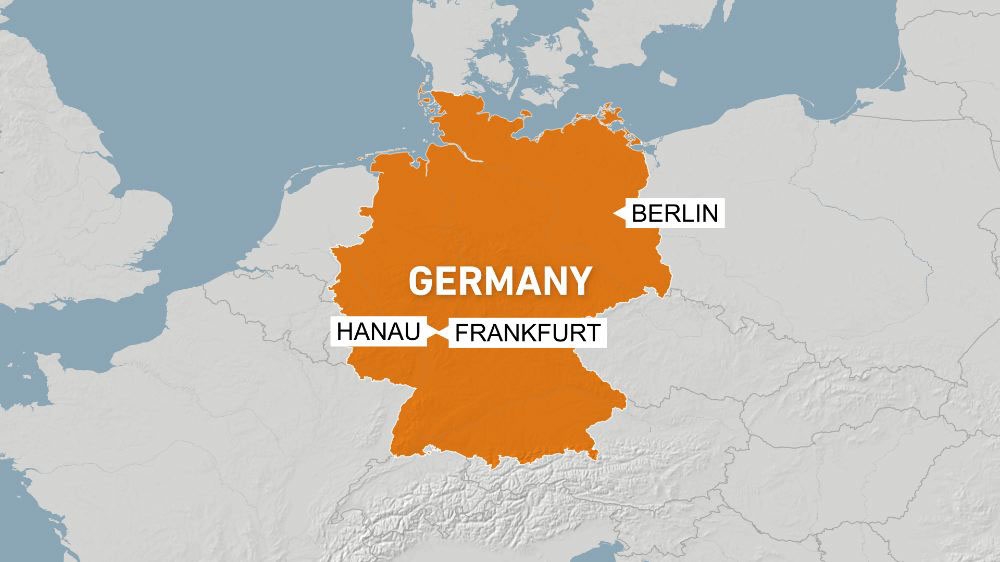 A survivor describes the attack

"The man entered … and killed them all."

“Last night, in Kesselstadt, in the Arena Bar, we first heard five or six gunshots. After that I saw [a man] going inside. I was eating at that moment – we were all eating, we had already paid the bill. A man went inside. There were 10 to 12 people. Only two, three or four managed to survive. One of them was me.

“I said to him … I recited the shahada [the Islamic creed]. The guy started to scream, repeating the shahada, saying: ‘Everyone say shahada.’ No-one responded. There was only the two of us left. Yes. The man ran afterwards. We couldn’t see anything.”

What we know so far

At least nine people were killed in a shooting rampage in Germany's Hanau.

Officials say the shooter had a far-right motive.

Here's what we know so far 👇 pic.twitter.com/cgn3lZ1TmE

One victim ‘was Bosnian’

The Bosnian ministry of foreign affairs has confirmed that one victim was a citizen of Bosnia and Herzegovina.

After initially stating that no citizens were among the victims of the attack, it has been subsequently established by the foreign ministry in conjunction with its consulate in Frankfurt that one victim – a permanent resident of Germany – was originally from Bosnia, and held Bosnian citizenship.

Germany’s federal prosecutor General Peter Frank told reporters that investigators are trying to determine if anyone else knew about or supported the attack, adding:

The United Kingdom’s prime minister has offered support to Germany after the attack.

In a tweet, Boris Johnson wrote: “My thoughts are with the people of Germany as they grieve those lost in the terrible attack in Hanau last night. The UK stands with our German friends against this racist assault on our values.”

German Chancellor Angela Merkel said there was much to indicate racism motivated the Hanau shootings.

“Everything will be done to investigate the circumstances of these terrible murders,” Merkel said.

‘Germany the past week’

Stephanie Burnett, a reporter with Germany’s state-owned Deutsche Welle network, has tweeted a timeline of the past week including events that signal a growing far-right threat.

Germany the past week

Leader of Merkel’s party: Xenophobia is poisoning our society

“I am deeply shocked by the tragedy that took place last night in Hanau. My thoughts are with the families and friends of the victims, to whom I want to extend my sincerest condolences. We mourn with you today,” European Commission President Ursula von der Leyen, a former German government minister, tweeted.

The interior minister of the German state of Hesse said there was a xenophobic motive for the shooting in Hanau and said the suspect, a 43-year-old German man, and his mother, had been found dead with bullet wounds at his home.

Peter Beuth said investigations were ongoing as to whether there were any letters of confession. He added that he could not say who was visiting the shisha bars at the time of the attack.

Beuth said the perpetrator was in legal possession of arms and was a sports marksman.

Ibrahim Kalin, a spokesman for the Turkish presidency, said some of those killed were of Turkish origin.

Kalin said on Twitter: “We expect German authorities to show maximum effort to enlighten this case. Racism is a collective cancer.”

There are indications that a gunman who shot dead nine people in shisha bars in Hanau in an overnight rampage had a far-right motive, German federal prosecutors said.

It also said the man was a German citizen and that ammunition and gun magazines were found in his car.
He had a firearms hunting licence, the report said.

Michael Malkmus, South East Hesse police spokesperson: “Now we are here at another crime scene in Hanau Kesselstadt. The police came to the scene on the basis of information from witnesses who identified a vehicle in the previous crimes and were able to read a licence plate number.”

“As a result, special forces have located this address. Two people were found dead in the apartment, and it looks like that one of the dead is the suspect.”

Federal prosecutors say they are taking charge of the investigation into the Hanau shootings.

The Federal Prosecutors Office in Karlsruhe, which handles serious crimes, said it planned to hold a news conference later on Thursday.

A man suspected of fatally shooting nine people in the German city of Hanau was found dead at his home early on Thursday, hours after the attacks in and outside two shisha lounges, police said. 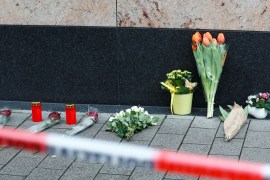 Germany shisha bar shootings: What we know about victims 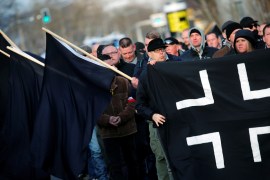 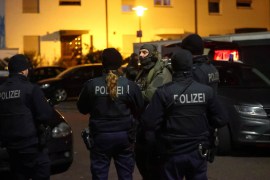 At least nine killed in attack that has raised alarm in Germany as prosecutors investigate far-right motive.