Yemen’s Houthi rebels say more than 30 civilians have been killed in air raids carried out by a Saudi-UAE-led military coalition, with the United Nations confirming the death toll as it deplored a “shocking” failure to protect the war-torn country’s unarmed population.

Saturday’s air raids in northern al-Jawf province came hours after the Houthis said they had shot down a Saudi fighter jet in the same area with an advanced surface-to-air missile.

“Preliminary field reports indicate that … as many as 31 civilians were killed and 12 others injured in attacks that hit al-Hayjah area of al-Maslub district in al-Jawf governorate,” said a statement from the office of the UN resident coordinator and humanitarian coordinator for Yemen.

The statement said “humanitarian partners” deployed rapid response teams to provide medical assistance to the wounded, many of whom were being transferred to hospitals in al-Jawf, as well as the capital, Sanaa.

A statement released by the official Saudi Press Agency did not specify the fate of the crew of the Tornado jet or the cause of its crash.

Commenting on the killing of the civilians, Lise Grande, the UN’s humanitarian coordinator for Yemen, said: “So many people are being killed in Yemen – it’s a tragedy and it’s unjustified. Under international humanitarian law parties which resort to force are obligated to protect civilians.

“Five years into this conflict and belligerents are still failing to uphold this responsibility. It’s shocking.” 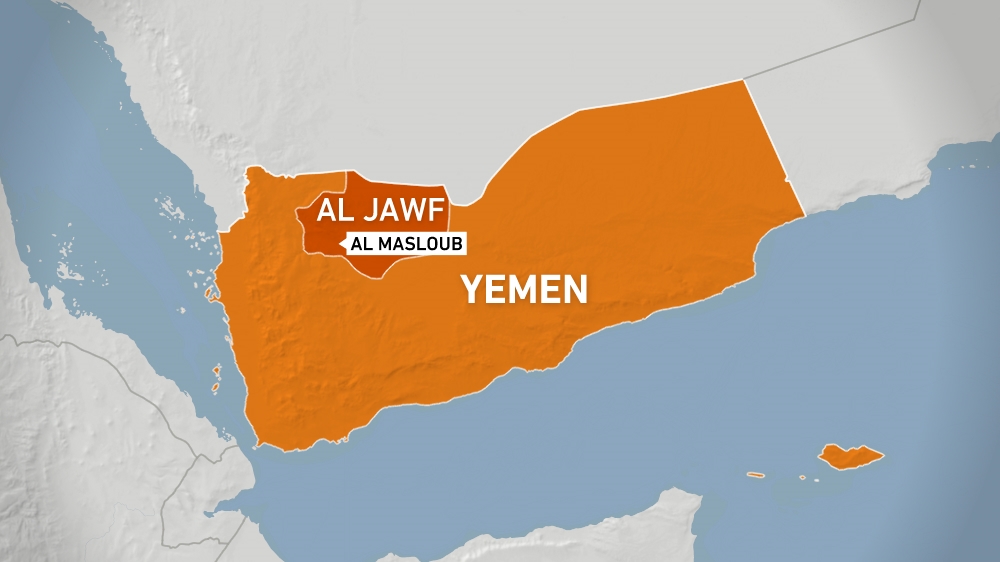 The conflict has killed tens of thousands of people, most of them civilians, and created what the UN has called the world’s worst humanitarian crisis.

Saudi Arabia and the UAE have purchased billions of dollars’ worth of weapons from the United States, France and the United Kingdom, and the coalition faces widespread criticism for the high civilian death toll of its bombing campaign.

Since its intervention in the war, nearly 20,500 air raids have been carried out in the country, according to data collected by the Yemen Data Project.

Airports, ports, bridges and roads have all been repeatedly attacked. So have farms, schools, oil and gas facilities, factories and private businesses.

Saturday’s attack follows an surge in fighting in northern Yemen that threatens to worsen the war-battered country’s humanitarian crisis.

International aid group Save the Children condemned the air raids, saying they showed that the conflict in Yemen was “not slowing down”.

“This latest attack must be urgently and independently investigated, and perpetrators held to account,” said Xavier Joubert, the charity’s country director in Yemen, calling for halting arms sales to the warring parties.

“Those who continue to sell arms to the warring parties must realise that by supplying weapons for this war, they contribute to making atrocities like today’s all too common.”

Meanwhile, the downing of a fighter jet would mark a setback for a military coalition known for its air superiority and suggest the Houthis’ increasingly potent arsenal.

Marwan Bishara, Al Jazeera’s senior political analyst, said it would be a “very significant” development in Yemen’s long-running war if it was confirmed that the Houthis had shot down the jet. 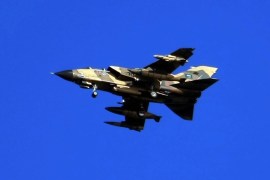 Houthi rebels earlier claimed they shot down a military plane belonging to ‘enemy forces’ in the same province. 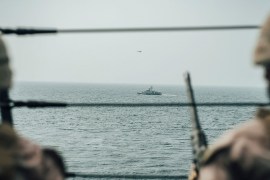 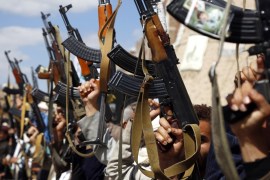 Houthis possess arms ‘similar’ to those made in Iran: UN report

UN panel does not say whether weapons were delivered to rebels directly by Tehran, which denies sending them arms.