The three main parties in the Republic of Ireland are tied in first place following the country’s general election, according to an exit poll forecast, leaving the battle to lead the next government too close to call.

Some 3.3 million people were eligible to vote to elect 159 members of the Dail, the lower chamber of parliament in Dublin.

Counting begins at 09:00 GMT on Sunday with some results expected from the early afternoon.

Polls opened across the country at 07:00 GMT on Saturday, with a small number of islands off the west coast voting on Friday to allow for rough seas that could disrupt the transport of ballots by boat.

Varadkar launched his campaign after successfully helping to broker a deal cushioning the UK’s European Union exit on January 31 by avoiding a hard border with British-run Northern Ireland.

An open frontier was a key requirement of the 1998 peace agreement that largely ended 30 years of violence over British rule in the north, which left more than 3,000 people dead.

Varadkar has warned voters that Brexit is “not done yet”, as London prepares for talks with Brussels to secure a longer-term trade deal in record time before the end of this year.

Failure to do so could present an “existential threat” to the Irish economy, he said.

But experts suggest he may have miscalculated the public mood with surveys indicating Brexit was a low concern among the electorate.

Other parties have hammered Fine Gael over failings in healthcare, housing and homelessness.

Varadkar acknowledged he understood that on Friday. “You want us over the next three years to focus on issues like health and housing with the same passion and intensity that we’ve focused on Brexit in the past three years,” he said.

Varadkar is Ireland’s first mixed-race and openly gay prime minister who has come to represent a more socially progressive country after years of dominance by the Roman Catholic church.

But, despite Brexit and landmark votes to overturn strict abortion laws and introduce same-sex marriage, some predict he could be on his way out. 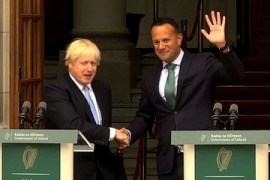 The Irish PM was applauded for his handling of Brexit but voters care more about healthcare and housing. 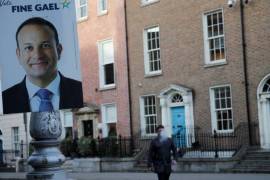 What to watch for in Ireland’s election

The Irish prime minister was applauded for his handling of Brexit, but voters care more about their health and housing.