As someone who studied reproductive health and the female anatomy in medical school for years, she was also steeped in her family’s traditions and beliefs. As a child, the doctor and her four sisters, like most girls from her generation, also went through circumcision, known as khitan in Malaysia.

By the time her daughter was born, Siraj confessed, she was unprepared to defy long-held traditions. So much so that she allowed a mak bidan, or a midwife, to perform the cutting on her baby, using an over-the-counter razor, a turmeric root as an antiseptic and a lit candle for sterilisation.

“That was very traumatic to me as a doctor,” she said, adding that she even helped hold down her daughter’s legs to keep her still, while the midwife carried out the procedure.

“I cried after that and said I would not have anyone in my life ever go through that,” said Siraj.

Female circumcision is an old practice, of removing some external parts of a female’s reproductive organ. It is observed in Malaysia and many other countries around the world including Africa.

In Malaysia, the National Fatwa Council issued a religious edict in 2009 making it mandatory. The method, however, varies in each state based on interpretation by scholars and government officials.

According to a 2012 study conducted by Dr Maznah Dahlui, associate professor at the University of Malaya’s Department of Social and Preventive Medicine, as much as 93 percent of Muslim women surveyed in Malaysia have undergone circumcision.

Around the world, it is estimated that at least 200 million girls and women have undergone circumcision.

However, a growing number of Malaysians, like Dr Siraj, said the practice, commonly referred to as female genital mutilation (FGM), has no medical benefit for women and should be banned. It also has no basis in Islam, they said.

“It should not be performed to help with (decreasing) female sexual desire, that’s wrong altogether,” Siraj said, adding that FGM has resulted in various sexual dysfunctions among women.

When the “fatwa” on mandatory female circumcision was issued in 2009 in Malaysia, some in the country’s medical community took it upon themselves to perform the procedure instead of leaving families to perform it outside of a safe environment.

But others like Dr Siraj opposed the new fatwa and instead informed parents of the harm associated with female circumcision.

According to Human Rights Watch (HRW), FGM “is erroneously linked to religion, is not particular to any religious faith, and predates Christianity and Islam”. It said it has not found any religious scripture supporting the practice.

But in a country where cultural and religious traditions hold sway, a sweeping change on the practice is still a long way to go.

According to 2012 research conducted by the Centre for Population Health at the University of Malaya, 80 percent of respondents view it as a religious obligation.

A separate study by the Islamic Science University of Malaysia during the same year said only 28 percent of respondents knew the exact procedure of female circumcision. Of those 28 percent, 95 percent said they would allow their daughters to be circumcised.

Nevertheless, Siraj and other advocates are making every effort to win the hearts and minds of Malaysians about the practice.

Wan Elissa, a convert to the fight against FGM, told Al Jazeera that she was stunned when she learned that her friend, Fathin Raihana, had never gone through the process.

“I was shocked, I thought it was a religious belief to reduce the sex urge,” Elissa said, adding that the revelation completely changed her views of the practice.

Raihana, herself, said she was “not surprised” at her friend’s reaction, but was stunned at the “high percentage” of people still observing it, believing that it is “normal”.

“Previously FGM was seen only as an African problem. There was not much awareness of the incidences in the Asian region” including Malaysia, she said during a talk on FGM organised by ARROW on the eve of the International Day of Zero Tolerance for Female Genital Mutilation on Thursday.

Questions about what constitutes FGM

Rozana Isa, a panelist at the event representing Sisters in Islam, said the debate on female circumcision in Malaysia mostly revolves around whether or not it is considered to be FGM.

Isa insisted that any type of harm inflicted on a female’s genitals should be considered as FGM.

Cultural acceptance within the Malay society, however, has also allowed the practice to continue, adding that her parents also had her circumcised by a midwife.

She also said during her time uncircumcised women are seen as “wild” or “flirtatious” and are “more likely to cheat on their partners or partake in pre-marital sex”.

“In terms of the cultural narratives, the ones that I grew up with, the language around it can be quite crude,” Isa said.

In recent years, the practice has become “medicalised”, with practitioners going through some level of training. It also remains legal.

At the 2018 Convention on the Elimination of all Forms of Discrimination Against Women in Switzerland, Malaysia was confronted for defending the practice.

Malaysia’s representative explained that the removal of the folds of skin surrounding the female’s private parts does not pose harm as “it is not detrimental to their sexual health”, and should not be categorised as FGM.

But Philippine Ambassador Rosario Manalo, who was also at the meeting, said she was “disturbed by the response given”.

At the forum on FGM organised by ARROW on Thursday, Ismail Yahya, the former mufti or Islamic jurist of the Malaysian state of Terengganu, also questioned the practice on religious grounds, saying there are no religious texts supporting female circumcision.

Yahya once served in the National Fatwa Council that issued the mandatory order on female circumcision in 2009. He was part of the minority who opposed the edict.

“Where’s the source for it being done on children? Do you choose your rights when you’re weeks old?”

Thanenthiran, the head of ARROW, however, said with the number of cases of female circumcision in Malaysia, simply banning it would only worsen the situation.

“Believe me, many people are good and they want to do the right thing,” Thanenthiran said, adding that by giving women the right education and support, they could make the right decisions in the future.

“FGM is not a new issue, it’s aeons old,” activist Azira Aziz said. She said the best ways in which ingrained issues are solved is to “approach communities as a whole”.

She proposed that community leaders set a positive example to their members in confronting the FGM issue.

“No one is my enemy, they’re just a potential ally in the future,” she said, adding on that empathy and cooperation is needed, instead of demonising those who underwent the procedure, or those who carried it out.

For Dr Siraj, it is crucial to educate the public about women’s rights.

And while female circumcision remains prevalent, the government should keep its hands off women’s bodies. 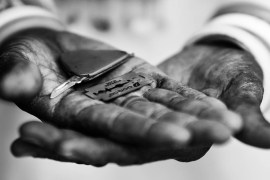 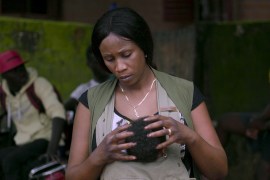 Fighting FGM in Senegal | Close Up

Sister Fa is a Senegalese rapper and anti-FGM activist on a mission to eradicate the harmful cultural practice. 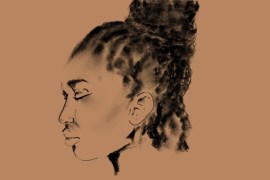 The Nigerian refugee who saved her daughters from FGM

Odachi* secretly saved money for her daughters’ UK flights to save them from FGM, but had to leave her son behind.