Washington, DC – The Republican-led United States Senate handed Donald Trump his biggest victory yet on Wednesday after it acquitted the president of abuse of power and obstruction of Congress.

“It’s a big win for President Trump,” said Jessica Levinson, a professor of law and director of the Public Policy Institute at Loyola Law School in Los Angeles.

That was indeed the word coming from the White House after the final votes on Wednesday.

“The shame impeachment attempt concocted by the Democrats ended in the full vindication and exoneration of President Donald J Trump,” White House Press Secretary Stephanie Grisham said in a statement.

Trump on Wednesday spoke from the White House, saying it was a “day of celebration”.

The president labelled the impeachment and Democrats as “evil and corrupt”.

“This should never ever happen to another president,” Trump said in televised remarks. “We went through hell, unfairly. We did nothing wrong.”

Wednesday votes fell largely along party lines, with only one Republican, Senator Mitt Romney, breaking ranks to vote with the Democrats on the first article: abuse of power. Even with his support, the vote fell well short of the two-thirds majority needed to convict and remove a president.

Republican senators viewed the case primarily as a partisan attack by Democrats on their president. Democrats meanwhile contend that Trump’s acquittal gives him a greenlight to do similar things in the future.

“If Trump gets re-elected, I don’t think there will be any constraints on what he does,” said John Jackson, a visiting politics professor at the Paul Simon Public Policy Institute at the University of Southern Illinois.

The president’s acquittal in the Senate is a measure of his political strength among Republican voters and the combination of admiration and fear with which he is regarded by Republican officeholders.

Trump took charge of his own defence early on. He denied House Democrats’ allegations, fought off investigators’ demands for information, and with the help of allies in Congress held Republicans together in turning the whole affair into a partisan exercise.

While the outcome gives Trump a political win, it does not resolve questions about his handling of aid to Ukraine and pursuit of foreign help in the upcoming 2020 US presidential election to be held in November.

And the way the trial was conducted also gives Democrats ammunition to try frame the acquittal as not a big victory for Trump, but a loss for the country, analysts say.

Democrats will frame the trial as a “cover-up” and will use the Ukraine case to foster doubts among US voters about Trump’s corruption and dishonesty, said Keith Whittington, a politics professor at Princeton University.

“Democrats will continue to denounce not only the president for abusing power but also the Republican senators for limiting the scope of the trial,” Whittington told Al Jazeera.

Republicans in the Senate refused Democrats’ demands to call witnesses and maintained party discipline to reject strong arguments by the House that Trump abused his power and obstructed Congress.

At the core of Trump’s impeachment was a phone call in which the US president asked his Ukrainian counterpart Volodymyr Zelenskyy to announce investigations into former Vice President Joe Biden and his son Hunter Biden who served on the board of a Ukrainian gas company, Burisma.

There is no evidence the Bidens did anything wrong.

Prior to the call, Trump froze nearly $400m in congressionally approved US security assistance for Ukraine and directed officials to tell Zelenskyy privately the money would not be released until the investigations Trump wanted were announced, according to testimony.

House investigators interviewed 17 witnesses and held 35 hours of public hearings to build a record in support of their case. But the White House refused to allow Trump’s closest aides to testify in the inquiry and withheld emails and documents demanded by investigators.

A key turning point in the Senate trial came when Republicans voted 51-49 to reject a demand by Democrats that the Senate call witnesses, including Trump’s former NSA John Bolton whose forthcoming book reportedly details conversations with the president, one in which Trump told the former White House aid the military support was conditioned on the investigations.

The blocking of witnesses by Republicans enables Democrats now to disparage Trump’s acquittal.

“Rob this country of a fair trial and there can be no representation that the verdict has any meaning,” said Democrat Adam Schiff, the lead House manager.

“How could it, when the outcome was baked-in,” Schiff said in closing remarks to the Senate.

In a statement after the acquittal, House Speaker Nancy Pelosi said: “The president will boast that he has been acquitted. There can be no acquittal without a trial, and there is no trial without witnesses, documents and evidence … The president is impeached forever.”

In addition to Bolton, Democrats wanted to call Trump’s current Chief of Staff Mick Mulvaney and two other White House officials to testify in the Senate trial.

Democrats also wanted the Trump administration to turn over White House, State Department and Defense Department emails and documents that were withheld during the House impeachment inquiry.

But Democrats failed to win over at least four Republicans that would have been needed to demand witnesses and documents.

Democratic leader Chuck Schumer called the outcome a “perfidy and a grand tragedy” when the Senate “turned away from the truth”.

Ultimately, many Republicans said regardless of any disputes about facts and witnesses, they did not believe Trump’s misconduct rose to the level of impeachment, or removal, especially with the 2020 presidential election only nine months away.

“We’ve got to bear in mind, despite again what Mr Schiff said – he said this isn’t overturning the results of an election – actually it is,” said Republican Senator Josh Hawley.

“We would effectively be invalidating the choice of the American people,” Hawley told reporters at the Capitol last week.

“It’s very weighty,” he said. “And the standard of proof becomes very hard.”

It remains to be seen what lasting political and legal implications Trump’s acquittal will have. House Democrats will likely continue their investigations into the Ukraine affair. House Judiciary Committee Chairman Jerrold Nadler said on Wednesday, the House will likely subpoena Bolton to testify.

Still, while the impeachment saga has consumed Washington, DC, most Americans have viewed it from a distance through their own partisan lens.

As a result, few voters’ minds were changed about Trump, said Jim Henson, a pollster and director of the Texas Politics Project at the University of Texas.

“Viewership was down for the Senate trial phase. People were not interrupting their schedules to watch,” Henson told Al Jazeera.

“Most people view it as the latest episode in partisan fighting that is just getting more and more intense,” he said.

Whether the impeachment and later the acquittal make an impact at the ballot box remains an open question.

“Ultimately, the impeachment was about influencing the 2020 election,” Whittington said.

Trump is only the third US president to endure an impeachment trial.

No president has ever been removed from office via impeachment.

And even if Democrats continue their investigations, “impeachment is probably going to be a dead letter after this”, Southern Illinois’s Jackson said. 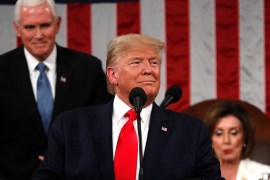 Trump acquitted of all charges in Senate impeachment trial 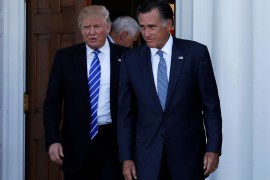 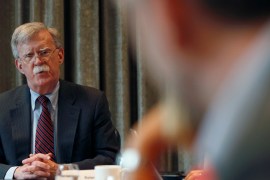 Democrats had failed in a push for the former national security adviser to testify in the Senate trial. 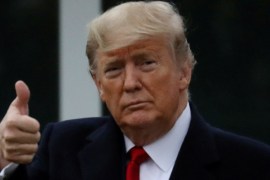