The death toll from two avalanches in eastern Turkey has risen to 41, officials said on Thursday.

The Disaster and Emergency Management Authority (AFAD) said that 75 people were injured in the avalanches as search and rescue efforts were continuing.

AFAD officials said most of those killed were buried by the second avalanche on Wednesday while working to rescue victims of the first snowslip the previous night.

Some 300 emergency service workers were called to a highway near the mountain-surrounded town of Bahcesaray in Van province after the first avalanche struck late on Tuesday, killing five people. Around noon on Wednesday, the second avalanche hit the rescuers.

Emergency teams were still searching for other colleagues under the snow, Mehmet Emin Bilmez, the governor of Van province, said. He did not provide a figure of how many more could be missing.

Some 30 emergency workers were either rescued or escaped from underneath the snow and were hospitalised on Wednesday, the interior ministry said. There was no further information on their conditions.

Video from the scene showed at least three overturned vehicles at the bottom of a hill during a snow storm. Some rescuers were climbing a steep incline to get away from the mass of snow while others dug frantically into the snow with shovels and pick-axes. Fog, heavy snow and strong winds were hampering the rescue efforts.

A special military plane with 75 gendarmerie officers and other rescue officials were on their way from Ankara, AFAD and the defence ministry said.

The president’s spokesman, Ibrahim Kalin, also said on Twitter that “every tool available was mobilised” to help officials.

Christian Berger, the EU ambassador to Turkey, offered his “deepest sympathies and heartfelt condolences” as did the US embassy to Turkey on Twitter.

Last month, the eastern province of Elazig was hit by a magnitude 6.7 earthquake, killing 41 people and injuring more than 1,600 others.

A 2009 avalanche in the northeastern province of Gumushane killed 11 climbers in the Zigana mountains. 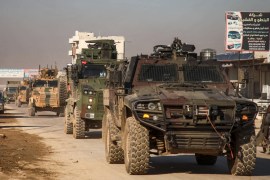 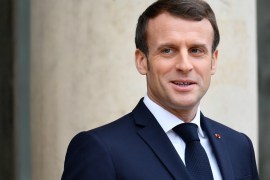 Turkey, France engage in war of words over Libya

Turkey blames France for instability after Macron accused Erdogan of violating promise to stay out of Libya conflict. 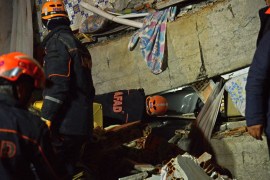