The death toll from the coronavirus outbreak in China soared to 106 on Tuesday with 1,771 new cases confirmed, authorities said, as the infection that emerged in the central province of Hubei late last year continued to spread.

The health commission in Hubei, the epicentre of the outbreak, said 24 more people had died from the virus and 1,291 more had been infected, raising the total number of infections there to 2,714.

At least 4,515 people have now been infected in China and cases have been confirmed elsewhere in Asia, as well as in Europe and North America, among people who had recently been in Wuhan.

The Chinese government has sealed off entire cities in Hubei, isolating some 50 million people in a vast quarantine it hopes will curb the spread of the disease. Long-distance buses and some public transport networks have also been shut down elsewhere in the country.

Al Jazeera’s Scott Heidler, reporting from Beijing, said scientists were trying to find out more about the new virus, which is thought to have originated in wild animals.

“What’s really concerning about this virus and there are so many layers to it, is how quickly – and this is coming from health officials here – it has spread,” he said. “Every morning we wake up and the numbers have increased dramatically so that is the focus. Trying to understand this virus (and) how it spreads. There is still a lot that is not known about it.”

The US Consulate in Wuhan, the city at the centre of the outbreak, was preparing to fly its diplomats and some other Americans out of the country.

Japan, Mongolia, France and other governments are also preparing evacuations.

China has extended the Lunar New Year holiday until Sunday; on Tuesday it was announced that the start of the next semester for schools and universities across the country would be postponed.

The education ministry did not provide a date for teaching to resume.

But a statement from the ministry said teaching institutions would reopen on a case-by-case basis.

School administrators had been instructed to “require students not to go out, not to gather, and not to hold or participate in centralised activities”, the statement added. 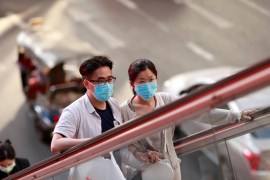 Coronavirus outbreak has killed 106 people in China and infected over 4,520 globally, most of them in the Asian country. 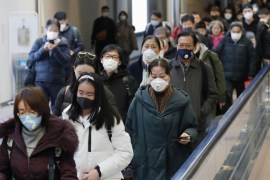 By the numbers: Economic effects of China coronavirus

China and other Asian economies face losses in tourism, aviation, retail and entertainment sectors due to the virus. 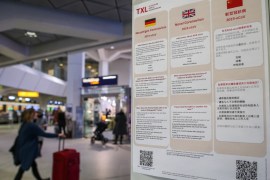 German man caught virus from Chinese colleague, who visited him from Shanghai and started to feel sick on flight home.