Search-and-rescue efforts continued on Sunday after a powerful earthquake struck eastern Turkey, killing 38 people and injuring more than 1,600 others.

Nearly 4,000 rescue workers combed through debris in freezing temperatures, helped by mechanical diggers, as hope was fading two days after the quake hit.

Three bodies were found in the city centre, nearly 40 hours after the 6.8-magnitude quake struck on Friday evening. Hours later, two more bodies were found bringing the death toll to 38 in Elazig province and nearby Malatya, state broadcaster TRT reported.

Rescuers carefully cleared the remains of the collapsed four-storey building where the bodies were found, using buckets to remove broken material as a sniffer dog was brought to the scene.

Residents were still waiting to find out what had happened to their relatives. A group of women burst into tears on learning that the body of a relative had been found, while one woman fainted, an AFP photographer said.

But rescue workers have so far saved 45 people, the authorities say.

The government’s disaster and emergency management agency (AFAD) said 1,607 were injured, 13 of them in intensive care.

The magnitude 6.8 quake that struck on Friday evening had its epicentre in the small lakeside town of Sivrice in Elazig province and was felt in neighbouring countries. Elazig is some 750km (465 miles) east of the capital, Ankara. 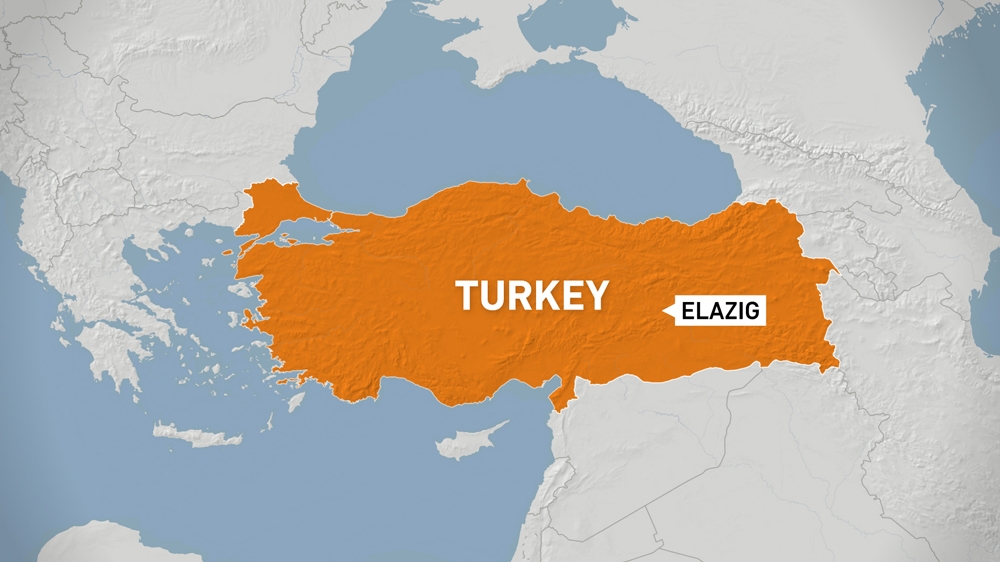 Turkish President Recep Tayyip Erdogan and leading members of his cabinet arrived in Elazig on Saturday.

The president also attended a funeral for a woman and her son killed in the quake, which he described as a “test” for Turkey.

“We are doing everything we can as the state and nation, and we will continue to do so. Our efforts at all rescue sites will continue,” Erdogan said at the funeral.

Some 30 buildings collapsed in the two provinces, according to Murat Kurum, the environment minister.

People in Elazig, whose homes were damaged or were too afraid to go indoors, were being moved to student accommodation or sports centres amid freezing conditions.

“It was very scary, furniture fell on top of us. We rushed outside,” 47-year-old Melahat Can, who lives in the provincial capital of Elazig, told AFP news agency.

Eray Ernek described how he was watching television when the quake hit. “I was on the sofa and then fell on the floor. My sleeping father was woken up. After we found a way out, we broke the door and got out. We saw other houses had collapsed.”

AFAD warned residents not to return to damaged buildings because of the danger of further aftershocks. It said beds, blankets and tents were being sent to the area where some people sheltered in sports gymnasiums.

Al Jazeera’s Sinem Koseoglu, reporting from Elazig, said people affected by the quake spent the night either in their cars or in freezing temperatures outside.

“People are now waiting to see their loved ones being pulled out of the rubble.”

Elazig Governor Cetin Oktay Kaldirim told NTV television that a fire broke out in a building in Sivrice but was quickly brought under control. 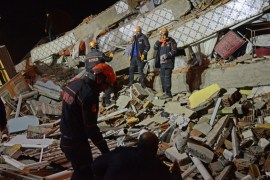