Guatemala‘s new president announced on Thursday that his government was breaking off diplomatic relations with Venezuela.

Two days after his inauguration, President Alejandro Giammattei said he had ordered Guatemala’s foreign secretary to recall the last person remaining in the country’s embassy in Venezuela‘s capital and close the building.

Giammattei’s announcement came after a meeting with the head of the Organization of American States, Luis Almagro.

“It is an issue that concerns the entire continent,” the new president said.

His inauguration was attended by Maria Romero, a representative of Juan Guaido, the Venezuelan opposition leader recognised as that country’s rightful leader by the United States and more than 50 other nations inauguration.

In October, the government of Venezuelan President Nicolas Maduro did not allow Giammattei, then president-elect, to enter the country. He was sent back to Guatemala on another flight.

Jorge Arreaza, Maduro’s foreign minister, accused Giammattei of “throwing himself at the feet of Donald Trump” and said the Guatemalan’s presidency was destined to “become another joke in bad taste.”

“His government will surely become another bad joke. Our respect and affection for the people of Guatemala.” 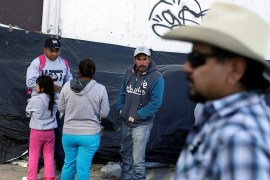 Under new US rules, Mexican asylum seekers can be flown to Guatemala to seek refuge there instead. 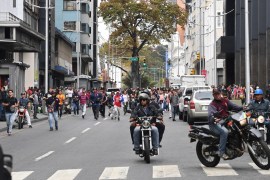 A crowd of men hit the cars transporting opposition legislators according to a video recorded by an opposition member. 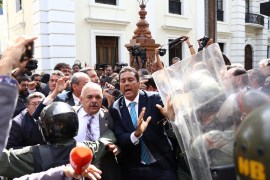 Amid a showdown for control of parliament, Guaido enters National Assembly after a tense standoff with security forces.