US President Donald Trump said on Wednesday that Iranian missile strikes on bases in Iraq did not harm any US troops stationed there and damage was minimal, an outcome he said showed Tehran wanted to de-escalate a standoff.

Iran “appears to be standing down”, Trump said at the White House amid heightened tensions between Washington and Tehran over the US killing of Iranian military commander Qassem Soleimani in Iraq last week.

Trump announced the US would immediately impose new “powerful” sanctions until “Iran changes its behaviour”.

The comments were Trump’s first televised remarks since Iran fired more than a dozen missiles at two Iraqi bases housing US troops. Trump also said there were no Iraqi casualties.

“The fact that we have this great military and equipment, however, does not mean we have to use it. We do not want to use it. American strength, both military and economic, is the best deterrent,” Trump said in a speech that struck a noticeably different tone than his tweets following the attack on Soleimani in which he threatened to “fully strike back” if Iran attacked any US citizen or site.

Iran said Wednesday’s attacks against an Iraqi base in Erbil and the Ain al-Asad base in western Iraq were revenge for the killing of Soleimani. It warned the US against retaliating for the strikes.

Earlier on Wednesday, Iran’s Supreme Leader Ali Hosseini Khamenei said Iran’s attacks were a “slap on the face” of the US and said US troops should leave the region.

Tehran’s foreign minister said Iran took “proportionate measures” in self-defence and did not seek an escalation.

The fallout for Trump’s order to kill Soleimani had been swift.

Iran vowed harsh revenge. Iraq’s Parliament voted to expel US troops from Iraq, which would undermine efforts to fight ISIL (ISIS) in the region and would strengthen Iran’s influence in the Middle East. And regional and world leaders called for de-escalation

The counterattack by Iran came as Trump and his top advisers were under pressure to disclose more details about the intelligence that led the US president to order the US strike that killed Soleimani. Abu Mahdi al-Muhandis, deputy commander of the Popular Mobilisation Forces (PMF, or Hashd al-Shaabi), an Iran-backed umbrella organisation comprising several militias, was also killed in last week’s strike. 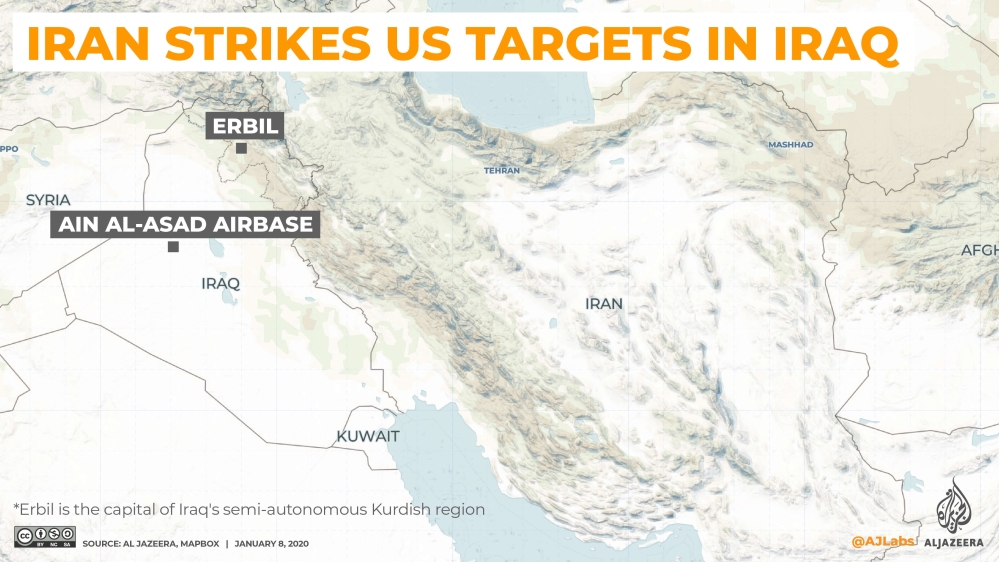 Top Senate Democrats, citing “deep concern” about the lack of information coming from the Trump administration about the Iran operation, called on Defense Department officials to provide “regular briefings and documents” to Congress. The full Senate and House are expected to receive separate classified briefings later on Wednesday.

Trump and top national security officials have justified the air strike with general statements about the threat posed by Soleimani, who US officials said was planning an “imminent attack”.

But details have been scarce.

Trump on Wednesday said the US will continue to look at options to respond to the attacks, but did not elaborate. He said he will ask NATO “to become much more involved” in the Middle East. 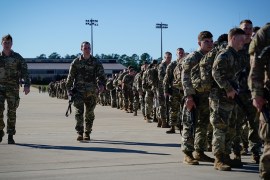 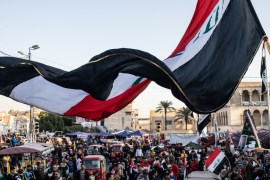 Iraqis say Iran’s targeting of US bases on Iraqi soil is an ‘assault’ and call on parties to move battlefield elsewhere. 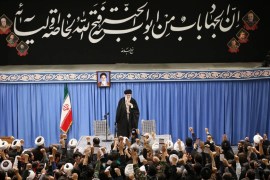 In a televised speech, the Iranian supreme leader says the ‘corrupt’ US presence in the region must end. 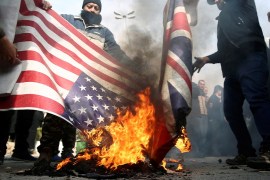 US-Iran tensions: What war powers does Trump have?

House Democrats are preparing a vote on a War Powers Resolution to try to limit Trump’s actions in Iran.