Turkish President Recep Tayyip Erdogan has said Ankara started moving military units to Libya to support the internationally-recognised Government of National Accord (GNA) in Tripoli, one of the two rival administrations in the North African country.

Sunday’s announcement comes days after Turkey’s parliament approved the deployment of troops in Libya after it received a request for military support from the GNA, headed by Fayez al-Sarraj.

The GNA’s request came as it fends off a months-long offensive by renegade military commander Khalifa Haftar‘s eastern-based forces, which have received support from Egypt and the United Arab Emirates.

“There will be an operation centre [in Libya], there will be a Turkish lieutenant general leading and they will be managing the situation over there. [Turkish soldiers] are gradually moving there right now,” Erdogan told  private broadcaster CNN Turk during an interview.

He said Turkey would not be deploying its own combat forces. “Right now, we will have different units serving as a combatant force,” he said, without giving details on who and how many the fighters would be, as well as where they would come from.

The president said Turkey’s objective was “not to fight”, but “to support the legitimate government and avoid a humanitarian tragedy”.

He said: “Our soldiers’ duty there is coordination. They will develop the operation centre there. Our soldiers are gradually going right now.”

Libya was plunged into chaos after the toppling and killing of Muammar Gaddafi in a 2011 NATO-backed uprising. Since 2014, it has been split into rival eastern and western administrations.

The GNA currently controls Tripoli in northwestern Libya, and a parallel administration is holding the east of the oil-rich country, supported by Haftar’s self-styled Libyan National Army (LNA).

Last week, Haftar had called on Libyans to take up arms in response to Turkey’s expected military move.

“We accept the challenge and declare jihad and a call to arms,” he said in a televised address on Friday.

He urged “all Libyans” to bear arms, “men and women, soldiers and civilians, to defend our land and our honour”.

The GNA and Turkey signed security and maritime agreements in late November last year, opening the path to the Turkish troop deployment, and angering Mediterranean countries including Greece and Cyprus who also seek to exploit energy resources in the region.

On Saturday, Libya’s eastern-based parliament voted unanimously against the deals the Tripoli-based government signed with Ankara.

On the same day, at least 30 people were killed and 33 others wounded in an attack on a military academy in the Libyan capital, according to the authorities on Tripoli.

Turkey condemned the attack and called for international steps to achieve a ceasefire. 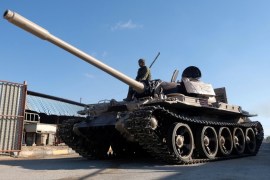 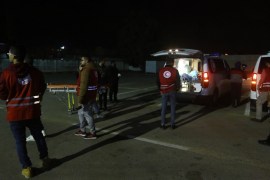 Dozens killed in attack on military academy in Libya’s Tripoli

Forces allied with the GNA described Saturday’s attack as ‘an aerial bombing’ launched by their eastern rivals.