The United Kingdom‘s House of Lords – the upper chamber of the nation’s Parliament – has approved a bill to delay Britain’s withdrawal from the European Union.

The Lords passed the bill on Friday.

Conservative peers had earlier in the week threatened to filibuster the fast-tracked legislation into oblivion, and more than 100 amendments were tabled for discussion.

But constitutional law expert Jack Simson Caird said several of the Lords had committed to uphold the vote held in the House of Commons.

“There are reports of Lords arriving here with duvets and toothbrushes ready to work all night here to frustrate any attempts to filibuster,” he told Al Jazeera as the debate began on Wednesday night.

A deal was reached around 1:30am on Thursday, and after some considered discussion in the past few days, the bill is now set to pass into law – meaning Prime Minister Boris Johnson may have to go to the EU to ask for an extension to the October 31 Brexit deadline.

On Thursday, Johnson said he would rather “die in a ditch” than do so.

The legislation requires a delay to Brexit beyond October 31 unless a divorce deal is approved or Parliament agrees to leave the EU without one by October 19.

Conservative peer Lord True had argued: “How many more times must the British people be asked to take a delay?”

“How many more times must they tolerate those who wished to change the policy which Parliament has agreed, the vote that Parliament has made that this country should leave the European Union – enacted on the face of the statute book – on October 31?

“How much more must they take from those who want this country to remain and want it to stop?

“I think there will be a limit to the tolerance of many people in this country and I beseech all those involved to allow the cleansing balm of a general election to allow all those, whatever their views, to put their case to the people.”

But Conservative lords were in the end out-argued, and the bill sailed through its final stages in the Lords without amendment. It is now expected to receive royal assent on Monday, thereby completing all stages required to become law.

With a stream of defections from his Conservative Party following the sacking of 21 rebel MPs who voted for the bill to delay Brexit in the House of Commons, Johnson has lost his ability to govern, leading to a series of humiliating defeats.

He is now desperately seeking a snap election to wrest back control in advance of a key European Council summit in mid-October.

If victorious, Johnson and his advisers believe he will have the mandate to fulfil his pledge to take Britain out of the EU on October 31, deal or no deal, and would be able to repeal any Brexit delay law.

Having failed on Wednesday to secure enough votes to call an election, Johnson is set to try again on Monday. But opposition parties have again united against him, wary of potential trickery that could see the prime minister, if returned to power, take Britain out of the EU with no deal – a situation which many economists have said would be disastrous for the country. 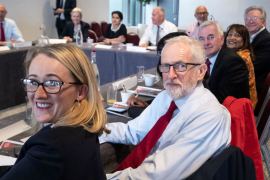 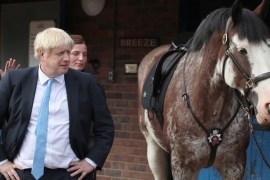 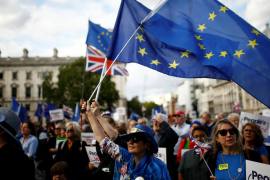 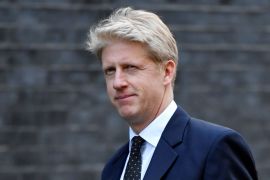