The prospect of a third summit between Donald Trump and Kim Jong Un taking place this year looks bleak despite a “great relationship” between the two who have met twice this year and the US president saying he received a “beautiful” letter from the North Korean leader.

After the breakdown of talks in Vietnam, Kim, in April, said he would wait until the end of the year “for the US to make a courageous decision” on another meeting.

In June, the two leaders had a surprise impromptu meeting at the Demilitarized Zone (DMZ) dividing the two Koreas. That was the first meeting since the collapsed Hanoi talks – the second summit between the two men in less than a year – which ended early after both sides failed to reach an agreement.

A third summit seemed inevitable, especially as Trump announced at the DMZ that the two sides had agreed to resume discussions in the coming weeks.

But since then, movement has been slow and discussions scarce.

Chun Yung-woo, a former South Korean national security adviser, told Al Jazeera: “While both sides are open to having a third summit, they are busy increasing their bargaining power and securing more bargaining chips first.

“Washington and Pyongyang are playing games now to build a negotiation framework and terms conducive to their own interests,” said Chun.

While the relationship between the two leaders seems amicable and Trump has maintained a soft tone towards Pyongyang, North Korean officials are uncomfortable with Mike Pompeo, Trump’s top diplomat.

“Our expectations of dialogue with the US are gradually disappearing and we are being pushed to re-examine all the measures we have taken so far,” Choe said in August.

Since Hanoi, North Korea has repeatedly demanded Pompeo’s removal from the nuclear discussions, calling him a “diehard toxin” and accusing him of distorting Pyongyang’s statements.

The criticism, however, has been limited to Trump’s top diplomat and not the US president himself, echoing Trump’s admiration of the North Korean leader.

“The North Korean state media has criticised Trump’s officials in an attempt to skip the working-level talks and continue the ‘top-down’ approach,” Chun said.

“For North Koreans, it is much less burdensome to sit with Trump than dealing with those having the best knowledge of what’s really going on about nuclear issues. But no deal at working-level talks and pushing ahead with a third summit will end up with another failure.”

According to the US, Pyongyang’s demand for sanctions to be lifted entirely in return for “complete denuclearisation of the peninsula” was the sticking point in Vietnam, a claim that North Korean officials have rejected.

Despite the deadlock, South Korean President Moon Jae-in said Trump’s and Kim’s “willingness to engage in dialogue has never faded”.

“North Korea is among the very few issues with potential for President Trump to claim a foreign policy victory. It’s understandable why he wishes to maintain the personal friendly relations,” Soojin Park, a former deputy spokesperson at the Korean unification ministry, told Al Jazeera.

There have been no known meetings between the two sides since the DMZ face-to-face, and Soojin, who is also Public Policy Fellow at the Wilson Center, said the resumption of working-level talks should precede a leaders’ summit.

“It’s hard to see a third summit taking place without the two sides first settling on at least some of the issues of significance via working-level meetings,” Soojin said.

Shin Beomchul, senior fellow at the Asan Institute for Policy Studies in Seoul, echoed that sentiment, adding those meetings would probably take place next year.

“Trump is seeking re-election in 2020 so it may be a strategically better option to have a summit at the beginning of next year,” Beomchul told Al Jazeera. “His fundamental interest lies in politics. There is no point of trying to interpret his diplomatic rhetoric.”

Since late July, North Korea has carried out seven tests of short-range missiles or projectiles. Trump’s willingness to play down the tests, calling them “very standard”, have raised eyebrows. He said he has “no problems” with the tests and they would not affect his willingness to negotiate with Pyongyang.

Trump is virtually held a political hostage by Kim

“As long as the North holds off firing long-range missiles that are capable of reaching mainland US, Trump won’t take any action,” Chun said.

“Nuclear weapons threatening South Korea are not his concern. Trump is also refraining from making provocative remarks about Kim for fear of the North Korean leader walking away from negotiations.

“Trump is virtually held a political hostage by Kim who can deprive the US president of his one and only diplomatic achievement, especially in the looming presidential campaign.”

Some analysts believe that judging by the statements from both sets of officials, it seems there is no backdoor diplomacy taking place right now, adding Pyongyang has also paused its reliance on Seoul to bring Washington to the table.

But Soojin said in the current environment, and with the history the two sides have, backdoor diplomacy is imperative to ensure the continuation of dialogue.

“For such long-time adversaries, it’s very difficult to make substantive progress through official and public diplomacy alone,” she said. 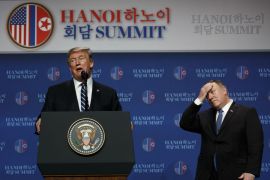 Talks between North Korea and US over sanctions and denuclearisation ended abruptly in February. 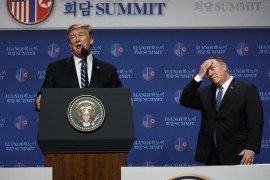 Trump said two sides could not reach an agreement over sanctions, lower-level negotiations to continue. 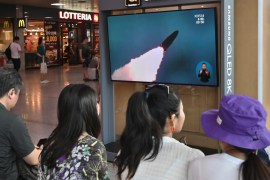