Hurricane Dorian has made five landfalls so far on its historic track, with many now wondering whether the east coast of the United States will be next.

Barbados, St Lucia, St Thomas, and both the Abaco and Grand Bahama Island of the Bahamas have already been hit.

As Dorian now weakens and pulls away from the Bahamas, most forecast models agree that the hurricane will continue its path north and then northeast, close to the US southeastern seaboard – but how close?

For the rest of the day on Wednesday and early on Thursday, Dorian is expected to stay at least 150 kilometres or further east of the US mainland coast. Still, hurricane and high surf warnings remain in effect from Florida through North Carolina.

On Thursday, Dorian is expected to close in on the coast of North Carolina and a sixth possible landfall could be seen anywhere from Wilmington to the Outer Banks.

Dorian is expected to be a weaker Category 2 storm but will bring heavy rain, storm surge and inland flooding to most of the coast.

On Friday, meteorologists will be able to finally say goodbye to Dorian, having monitored this storm since August 19, as it accelerates, weakens and moves into the open Atlantic. 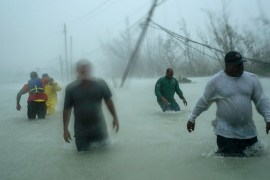 Relief workers describe ‘apocalyptic’ scenes after islands hit by one of most powerful Atlantic storms ever recorded. 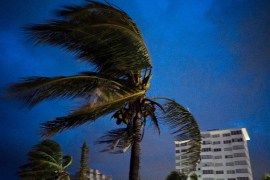