Yemen‘s Houthi rebels on Sunday broadcast footage they said was of a major attack on Saudi Arabia in August that killed or wounded 500 soldiers with thousands of others surrendering.

Yahya Saree, a Houthi military spokesman, described an ambush on the Saudi forces that then developed into an “all-out” cross-border offensive that trapped the troops inside Saudi Arabia.

“More than 200 were killed in dozens of [missile and drone] strikes while trying to escape or surrender,” Saree said.

The fighting took place in the southern region of Najran with video images aired showing armoured vehicles hit by blasts and surrendering soldiers.

Saudi Arabia has not yet responded to the Houthi claim. Al Jazeera was not independently able to verify the footage or claims broadcast on Houthi-run Al Masirah TV.

Saree said the offensive 72 hours earlier had defeated three “enemy military brigades”, leading to the capture of “thousands” of troops, including Saudi army officers and soldiers, and hundreds of armoured vehicles.

He said the prisoners “will be treated according to the ethics and the customs on the basis of a deal to exchange the POWs with the aggressors.”

The video showed armoured vehicles, some ablaze, with stencilled Saudi markings, along with large piles of weapons and ammunition the rebels say they seized.

The images also appeared to show bodies and men in Saudi military uniforms. Several identified themselves as Saudis.

Yemen’s stalemated war has killed tens of thousands of people, badly damaged its infrastructure and crippled its health system.

Catherine Shakdam from the Next Century Foundation told Al Jazeera there was no reason to doubt what the Houthis are saying.

“The video and images coming through are actually affirming the statement. It’s a pivotal point in this war that now Yemeni are moving on Saudi land. It’s quite interesting to see with all the talk of a grand Saudi coalition that Saudi is very much alone in this fight,” Shakdam said.

Yemeni government troops, supported by air raids of the Saudi-led coalition, have in recent months fought Houthi forces in the Kataf region of Yemen’s northern Saada province near the Saudi border. Local sources have said the Houthis have captured scores of Yemeni troops in the battles.

The Saudi-led coalition, which receives arms and intelligence from Western countries, intervened in Yemen in March 2015 after the Houthis overthrew the internationally-recognised government from power in the capital Sanaa a year earlier.

Shakdam said it appears the Houthis now have the upper hand in the conflict as Yemen’s people have “rallied around” the rebels because of Saudi human rights abuses, famine and the immense hardship caused by the war.

“This war of attrition has worked against Saudi Arabia … Through their military advances they’re gaining access to more weapons, more territory and essentially pushing the Saudi against the wall,” she said.

Shireen al-Adeimi from Michigan State University said the attack might change the Saudi leadership’s perceptions of the four and a half year conflict.

“It’s incredibly embarrassing for the Saudis giving how much support they have from not only the UAE but also the United States, the UK and several other countries. If the Houthis are able to carry out this level of operation it poses a significant turn in this war,” al-Adeimi told Al Jazeera.

The Houthis, who had recently stepped up missile and drone attacks on Saudi cities, have claimed responsibility for the largest-ever attack on Saudi oil facilities on September 14.

Riyadh dismissed the claim, saying the assault did not come from Yemen and has blamed Iran. Tehran denied this.

The Houthis said on September 20 they would halt missile and drone attacks on Saudi Arabia if the alliance stopped its operations. The coalition has not responded to the proposal.

In an interview with Tehran’s official IRNA news agency, Mohammad Javad Zarif accused the Saudi leadership of stirring up strife.

“They think that, in the same way that they have so far bought everything with money and have managed to buy weapons, friendship and support, they can buy security with money as well,” he said, urging Riyadh to “put aside this illusion”.

Zarif said the solution “is absolutely clear and that is an end to the Yemen war”.

“Tension in the region will end and it will stop Saudi Arabia’s prestige being further damaged,” he said. 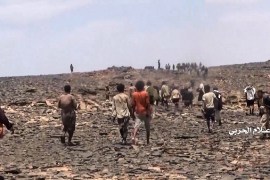 The move reported by rebels’ Al Masirah TV comes after they captured thousands of Saudi troops in ambush inside kingdom. 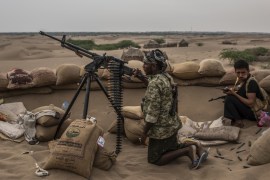 At UN, al-Hadhrami thanks Riyadh for helping fight the Houthis but criticises the UAE for backing southern separatists. 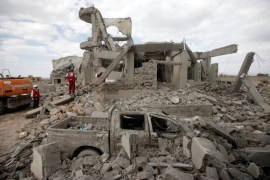 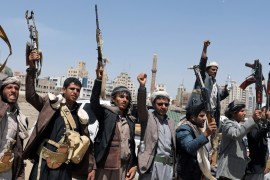 Yemen’s rebels claim carrying out attack in Saudi region of Najran, but there is no immediate confirmation from Riyadh.