At least eight children have been reportedly stabbed to death in a knife attack during the opening of classes at a primary school in China‘s central province of Hubei.

The South China Morning Post quoted local authorities on Tuesday as saying that a 40-year-old suspect named Yu had been arrested following the attack on Monday.

Two other children were reported injured and taken to hospital.

The attack took place at Chaotangpo Primary School in the town of Baiyangping, in Hubei province, but the motive remains unclear.

There have been several attacks on schoolchildren in mainland China in recent years.

Earlier this year, 20 schoolchildren were injured when a hammer-wielding man attacked a primary school in the Chinese capital, Beijing.

In June last year, two children were stabbed to death by a man outside an elementary school in Shanghai.

In April last year, nine were killed and more than a dozen injured outside a middle school in northwestern Shaanxi province by an attacker who was allegedly a former student seeking revenge for having been bullied.

In 2014, a man in southwestern Guangxi province stabbed to death four children while on their way to school. 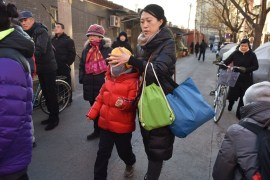 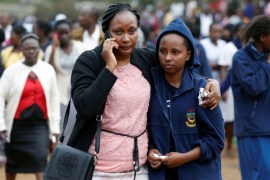