Four male and three female rowers have drowned when their dragon boat was suddenly lashed by strong waves and overturned in the central Philippines, according to officials

Coastguard spokesman Armand Balilo said Wednesday’s accident happened off the popular resort island of Boracay in Aklan province, where a local dragon boat team was practising ahead of an international rowing competition.

Balilo said 14 other rowers were rescued, including a Chinese and a Russian, and were taken to a hospital.

Jaylord Violanda, a survivor, told the Manila-based ABS-CBN News that they were 300 metres (984 feet) from the shore when their vessel was overturned by the waves.

In a statement, the Philippine Dragon Boat Federation confirmed the deaths, saying it is aware of the “perils that inevitably go” with the “extreme” water sports, and that it encourages sailors to use personal floating devices for additional safety.

Dragon boat rowing using Chinese-style canoes adorned with dragon designs and a team of paddlers and a drum beater on board have long become popular in the Philippines, with teams competing in domestic or Asian competitions. 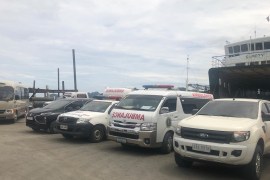 At least three confirmed dead, 183 rescued after vessel caught fire at sea as it was approaching Mindanao island. 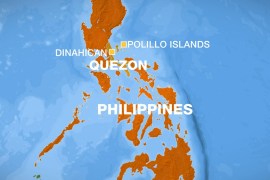 Casualties reported after ferry capsizes and sinks between Dinahican and Polillo Island in Quezon province.