Prime Minister Boris Johnson has said the United Kingdom will consider taking part in a US-led military effort to bolster Saudi Arabia’s defences, as he accused Tehran of being behind this month’s attacks on two major oil facilities in the kingdom.

The UK had previously held back from attributing blame for the September 14 attacks on the Saudi Aramco plants – responsibility for which was claimed by Yemen’s Houthi rebels, who have been locked in a war with a coalition led by Saudi Arabia and the United Arab Emirates (UAE) since 2015.

The United States and Saudi Arabia have dismissed the Houthis’ claim and say Iran was responsible for the attacks, a charge Tehran denies.

The Pentagon announced on Friday it would send additional US troops and missile defence equipment to Saudi Arabia and the UAE as part of a “defensive” deployment. Officials said the number of troops was likely to be in the hundreds.

“Clearly, if we are asked, either by the Saudis or by the Americans, to have a role then we will consider in what way we could be useful,” Johnson told reporters on Sunday on the plane to the United Nations General Assembly in New York.

Last month, the UK joined a US-led maritime coalition in the Strait of Hormuz, which Washington said was needed to protect shipping routes in the strategic oil transport chokepoint.

He stressed the need for a diplomatic response to the heightened Gulf tensions but said “the UK is attributing responsibility with a very high degree of probability to Iran” for the attacks.

His comments came hours after Iranian President Hassan Rouhani warned Western powers to “stay away”, urging them to leave the security of the Gulf to regional nations led by Tehran.

Relations between the US and Iran have plummeted since US President Donald Trump in 2018 pulled Washington out of a 2015 nuclear deal between Iran and world powers and reimposed crippling sanctions as part of a “maximum pressure” campaign against Tehran.

Trump’s unilateral move came despite fierce opposition by the European signatories to the landmark pact, including Britain, which still adhere to it.

At this week’s high-level UN gathering, Johnson is due to hold talks with Trump and Rouhani, as well as the leaders of France and Germany, the other two European countries scrambling to save the crumbling nuclear deal.

Johnson, who became prime minister in July, said he wanted the UK to be “a bridge between our European friends and the Americans when it comes to the crisis in the Gulf”.

“We will be working with our American friends and our European friends to construct a response that tries to de-escalate tensions in the Gulf region.” 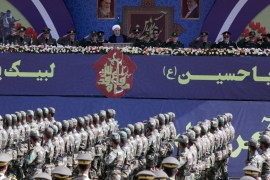 President warns presence of foreign forces in Gulf creates ‘insecurity’, after US says it will send more troops. 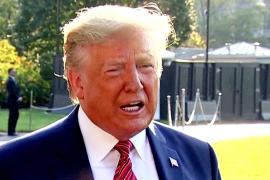