Iran‘s judiciary has charged three Australian citizens with spying, according to an official cited by Iranian media.

Judiciary spokesman Gholamhossein Esmaili was quoted by the semi-official Tasnim and Fars news agencies as saying on Tuesday that the trio had been charged in two separate cases, confirming for the first time that Tehran was holding them.

Esmaili said that two of the Australians were alleged to have used a drone to take pictures of military sites, while a third was accused of spying for another country.

They had been identified at the time and images were found on a drone they were using, he added on the first case.

“Criminal charges have been issued for both cases and they are waiting for their trial,” Esmaili was quoted as saying.

The families of the three said last week they had been held in Iran.

They identified them as a travel-blogging couple Jolie King and Mark Firkin and Melbourne University lecturer Kylie Moore-Gilbert.

It is unclear when the trio was arrested and where they are being held.

The travel-blogging couple had been documenting their journey on social media for the past two years but went silent about 10 weeks ago after posting updates from Kyrgyzstan and Pakistan.

The family of Moore-Gilbert said on Saturday that she had been held in Iran for a “number of months”. The academic, who is reportedly a dual British-Australian national, specialises in Middle East politics with a focus on Gulf states.

Australia’s Ministry of Foreign Affairs said last week it was providing consular assistance to the families and pressing Tehran for their release.

Britain said last week that it had raised concerns with the Iranian ambassador over the number of dual-nationality citizens held in Iran and the conditions in which they were being held.

The development comes after Australia announced that it would join a US-led mission to protect shipping through the Strait of Hormuz.

Australian Minister of Foreign Affairs Marise Payne said last week that there was “no reason” to believe the arrests were politically motivated.

The Australian government recently updated its travel advice for Iran to “reconsider your need to travel” and “do not travel” to areas near the border with Iraq and Afghanistan.

Already difficult relations with Iran and Western countries have threatened to boil over since United States President Donald Trump abandoned a deal on Iran’s nuclear programme in 2018. 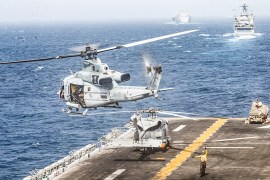 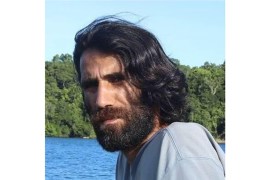