The pilgrimage must be performed by all Muslims, who are financially and physically able, at least once in their lives.

On Friday, pilgrims started gathering in Mina valley, on the outskirts of Mecca, for the start of the Hajj.

In temperatures reaching up to 40 degrees Celsius, pilgrims will perform rites in the Mina valley, mount Arafat and in Mecca.

Pilgrims are not allowed to cut their hair, wear perfume, or engage in sexual acts. The ritual ends with men trimming their hair.

The climax of the Hajj includes the Eid al-Adha festival, which is one of Islam’s two major festivals and involves the sacrifice of an animal, usually a sheep, goat or cow.

Roughly 54 million pilgrims have attended the Hajj over the past 25 years, according to official figures.

In recent years, Saudi Arabia’s management of the Hajj has courted controversy over its record on safety and political rivalries with several of its neighbours.

A stampede the same year in Mina killed more than 2,000 people, although Saudi Arabia put the official death toll at 767.

The following year, the Iranian government, which lost 464 nationals during the stampede, banned its citizens from attending the pilgrimage in protest.

Iranians were allowed back the following year.

Qatari officials have also complained that their nationals have been prevented from performing the Hajj following a blockade imposed by Saudi Arabia and its allies the United Arab Emirates (UAE), Bahrain, and Egypt since June 2017.

However, some Qataris appear to have made their way to Mecca this year. 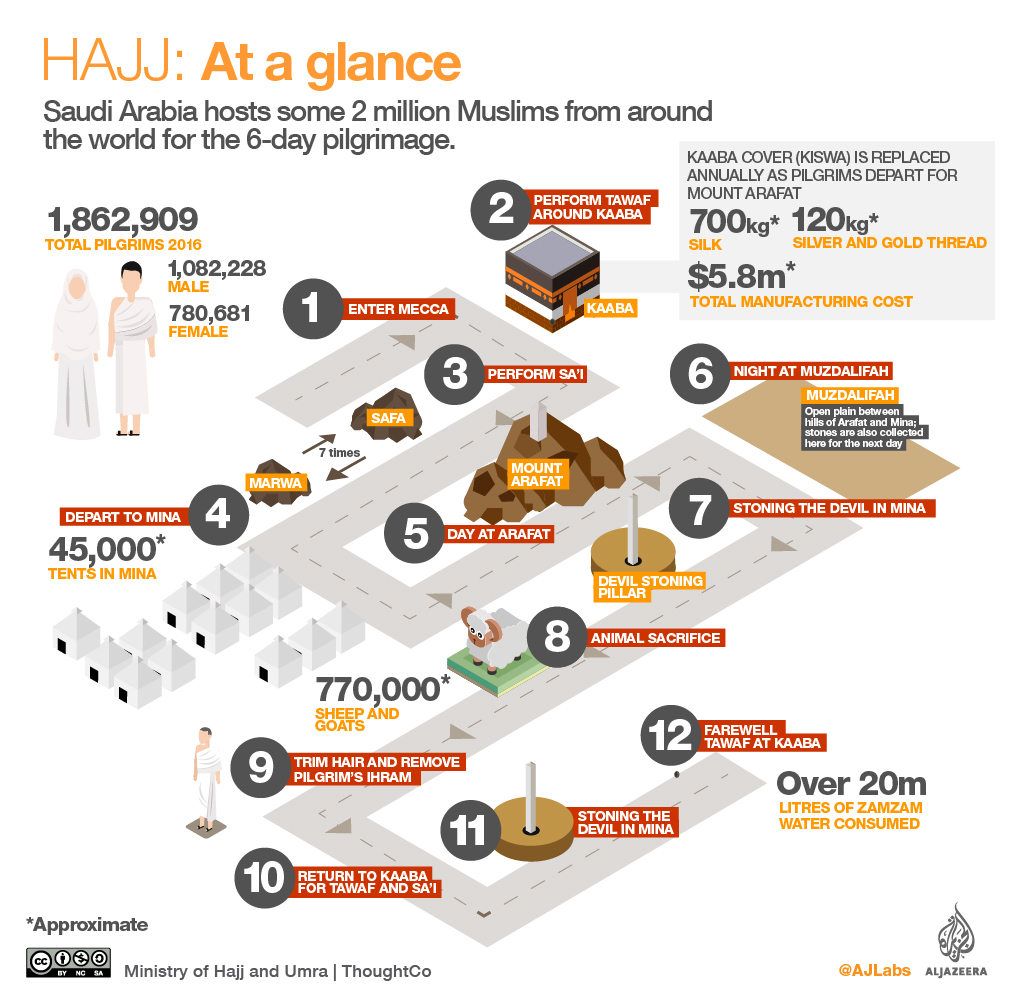