More than two million Zimbabweans are on the cusp of “starvation”, the United Nations food agency has said, launching a $331.5m aid appeal to help the southern African country recover from a devastating drought.

“We are talking about people who truly are marching towards starvation if we are not here to help them,” Beasley said. “We are facing a drought unlike any that we have seen in a long time.”

The El Nino-induced drought cut the maize harvest by half, and President Emmerson Mnangagwa has declared it a national disaster.

The drought comes with Zimbabweans enduring a severe economic crisis – prices of staples such as sugar, cooking oil and rice have more than doubled since June, jacking up inflation to more than 175 percent.

Beasley said those in need of emergency food aid in rural Zimbabwe would increase to 5.5 million by next year.

The government estimates another 2.2 million people in urban areas also require food aid, bringing the total to 7.7 million, more than half of the country’s population.

The $331.5m would be used for food aid, provision of water and sanitation and cash handouts to stricken families.

In addition to food shortages, the appeal also targeted the humanitarian needs of victims of Cyclone Idai which tore through parts of eastern Zimbabwe earlier this year.

The cyclone, which also devastated parts of Mozambique and Malawi, affected 570,000 Zimbabweans and displaced some 50,000 of them.

Mnangagwa, in a tweet on Wednesday, called for urgent action from the international community to help Zimbabwe deal with “the devastating Cyclone Idai and an El Nino induced drought”.

As a result of the devastating Cyclone Idai and an El Nino induced drought, urgent action and much international cooperation are required. This morning, I met with David Beasley, @WFPChief, to discuss crucial drought relief assistance & support from the international community. pic.twitter.com/PYLfanMD6R

He won disputed elections last year, pledging to revive the struggling economy, create jobs, attract foreign investment and turn the country into a middle-income economy by 2030. But he has struggled to deliver on economic promises or usher in meaningful political reforms.

Zimbabwe is also experiencing its worst power cuts in three years, partly because the drought has reduced water levels at the country’s biggest hydro-electric plant, Kariba.

Amid rising discontent, the main opposition party said it was planning street demonstrations next week to protest against the government’s handling of the economy. 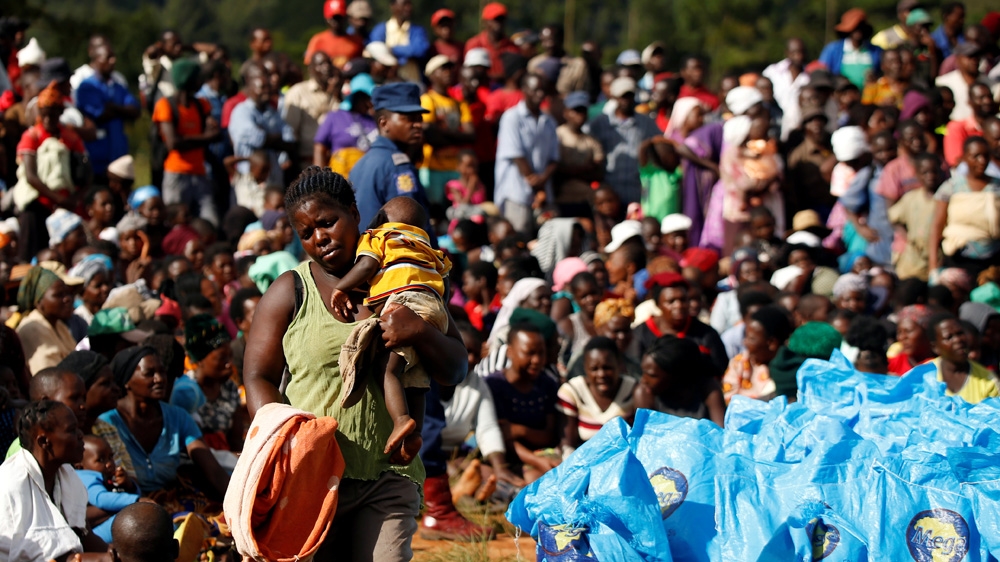