Turkey and the United States have agreed to launch the first phase of putting in place a safe zone in northern Syria after months of dispute over the depth of the zone and who would control it.

Turkish Defence Minister Hulusi Akar and his US counterpart Mark Esper spoke over the phone on Wednesday and agreed to flesh out the first phase of implementing the zone, Anadolu news agency reported, adding that delegations from both sides are expected to meet in Ankara “soon”.

The first phase is expected to be launched later this week and will see joint patrols of Turkish and US soldiers.

But negotiations on the scope and implementation are still ongoing, with the main sticking point being the size of the zone.

In a joint statement released on August 7, the NATO allies said the safe zone would become a “peace corridor”, without providing further details. At the time, the Syrian government called the agreement a “blatant attack” on the country’s sovereignty.

A joint operations centre is to be created in Sanliurfa in Turkey’s southeast, 130 kilometres from the border with Syria and about 330km from Syria’s Idlib, where bombardment of rebel groups is ongoing.

Turkey has been concerned over the passage of people coming from Syria, especially since at least 400,000 civilians have in recent weeks amassed near the Turkish-Syria border due to continuous air attacks launched by the Syrian government and ally Russia.

“The framework and details of the safe zone are under a question mark because the Turks have claimed that US President Donald Trump promised a 32km deep safe zone, which is what Turkey has been demanding since the start,” said Koseoglu.

“We’re not hearing anything similar by the Pentagon yet.”

The agreement appeared to avert a threatened Turkish operation into the region east of the Euphrates River in Syria.

For weeks, Ankara has been pressing to establish a 30-40km deep zone within Syria, seeking the removal of the YPG from the area and the destruction of their tunnels and fortifications.

According to Koseoglu, military sources said the zone will be implemented “step by step” – to first establish one that is five kilometres deep, then nine, and so on.

Turkey has twice carried out unilateral offensives into northern Syria against the Islamic State of Iraq and the Levant (ISIL or ISIS) and YPG in 2016 and 2018, respectively. 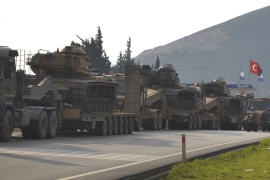 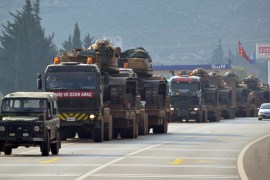 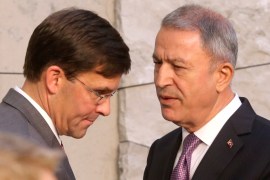 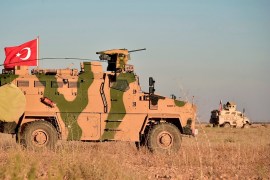