Doha, Qatar – United States officials and Taliban representatives have resumed negotiations in Qatar’s capital on finding a peaceful solution to Afghanistan’s long-running war that has killed hundreds of thousands of Afghan civilians.

Key issues in Thursday’s talks, which began a day after US special envoy Zalmay Khalilzad arrived in Doha, remain the withdrawal of US and other foreign forces from the country and a commitment by the Taliban that Afghanistan will not be used as a launchpad for global attacks.

The two sides entered peace negotiations in October last year, and an agreement on these two central issues would set the stage for separate negotiations between Afghan officials and the Taliban on a permanent ceasefire and a power-sharing government.

The Taliban has so far refused to speak to the Afghan government, calling a “puppet regime”. The group says any engagement with Kabul would grant it legitimacy.

In a statement confirming the start of the ninth round of US-Taliban talks, group spokesman Zabihullah Mujahid said on Thursday that General Scott Miller, the commander of the US forces and the NATO-led non-combat Resolution Support (RS) mission in Afghanistan, was also present at the meeting in the Qatari capital.

After the conclusion of the eighth round of talks last week, a Taliban representative in Doha who is part of the group’s negotiating team said a peace deal was “near”, without providing further details.

“This [eighth] round of talks has been very productive and we are near to an agreement that will be finalised and hopefully announced in the next coming weeks,” he said.

In June, during the seventh round of talks, both sides said there was an understanding on troop withdrawal but the details, including a timeline, had not been worked out yet.

About 14,000 US troops and some 17,000 troops from 39 NATO allies and partner countries are in Afghanistan in a non-combative role.

US President Donald Trump, who has repeatedly expressed eagerness to remove forces from Afghanistan, said this week that the US military role in the country has effectively turned into a “ridiculous” police force.

He also singled out India and Pakistan as he urged other countries to assume the battle against armed groups.

The US invaded Afghanistan 18 years ago, seeking to remove the Taliban for sheltering al-Qaeda in the wake of the September 11, 2001, attacks.

Last month, Trump argued he could easily win the Afghan war – Washington’s longest military engagement abroad – by wiping out the country but added he did not “want to kill 10 million people”.

The comment drew a stiff response from Afghanistan’s presidential palace which demanded his comments be clarified.

A record 3,804 Afghan civilians were killed last year due in part to stepped-up air attacks by US-led forces and an increased number of suicide bombings, the United Nations said in a February report. 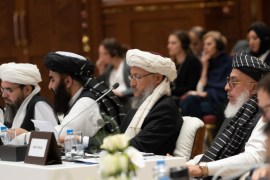 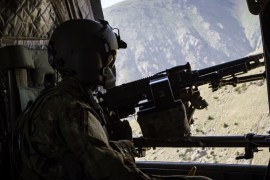