The Italian court ruled that the ban violates international laws in light of the “exceptionally grave and urgent situation due to the protracted stay of the migrants on our boat”, Open Arms said in a statement on Wednesday.

The group said its ship is now heading towards Italian waters and expects to reach them on Thursday morning. Additionally, it has made new requests to Italy and Malta for a port that will let them disembark the migrants on medical grounds.

The rescue ship with 147 migrants on board had been stuck in the Mediterranean for nearly two weeks due to the ban imposed by Salvini, whose anti-immigration policies have put Rome on a collision course with its European Union partners.

Italy and Malta have refused both vessels permission to dock and unload their passengers.

Salvini announced a swift appeal against the judge’s ruling and signed another decree, saying that the Open Arms behaviour showed its “political objective of bringing [migrants] to Italy”.

“What a strange country,” Salvini complained from a beach in the northwest of Italy. “The court in Lazio [Rome] wants to authorise a foreign boat to disembark foreign migrants in Italy.”

On Tuesday, the United Nations refugee agency urged European governments to immediately allow in about 500 people rescued from the Mediterranean who remain stranded at sea as countries bicker over who should take them.

Another 356 migrants are onboard the Ocean Viking rescue ship, operated by Doctors Without Borders (Medecins Sans Frontieres, or MSF) and SOS Mediterranee, which has already asked Maltese and Italian authorities to provide a safe port.

The UNHCR said nearly 600 people have died or gone missing in waters between Libya and Italy this year.

The European Commission is urging member countries to take action and is offering support, but has no power to intervene.

Since coming to power in June 2018, Salvini has repeatedly taken a hard line against migrants.

In early August, he signed a decree banning the Open Arms from entering Italy’s territorial waters, arguing that the measure was needed to protect public order.

Salvini is trying to bring down the Italian government, so far without success, after last week pulling the plug on the ruling coalition between his League and the Five Star Movement (M5S).

His party has been riding high in opinion polls, largely thanks to his tough anti-migrant policies.

On Wednesday, Prime Minister Giuseppe Conte on Wednesday wrote to Salvini and Defence Minister Elisabetta Trenta asking for the minors on board the Open Arms ship to be allowed to disembark, Italian media reported.

Trenta sent two navy vessels to escort the Open Arms as it headed for Lampedusa, with a view to evacuating 32 minors from the vessel after 13 days at sea.

Open Arms founder, Oscar Camps, earlier warned that fights may break out at any moment among the migrants stranded on the vessel.

The 19 crew members on the Open Arms are finding it harder to contain tensions on board, he added.

Two babies were evacuated by helicopter from the ship to Malta on Wednesday for health reasons, Camps said.

Many of the migrants, mainly from Africa, are suffering from “very high levels of post-traumatic stress” and anxiety over their future. 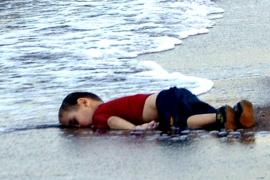 Ship operating in the Mediterranean has been renamed Alan Kurdi, after the Syrian toddler who died trying to reach Europe in 2015. 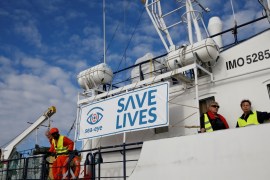 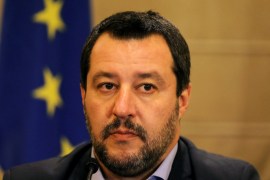 Salvini’s main legacy will be the legitimisation of xenophobia

Matteo Salvini’s anti-immigrant rhetoric is a bigger threat to liberal democracies of Europe than his euro-scepticism.