Medan, Indonesia – A trial pitting student journalists and the top official of a government-run university in this northern city has begun, in what is seen as a test case of Indonesia‘s limits on censorship, free press and gay rights.

Two student journalists, Yael Sinaga and Widiya Hastuti, have filed a case against Runtung Sitepu, the rector of the University of North Sumatra (USU), following their “illegal” removal from the student-run website, Suara USU (The Voice of USU), earlier this year.

Outside of the court in Medan on Wednesday, several students shouted slogans calling for press freedom, while accusing Runtung of violating their right to free expression.

Speaking to Al Jazeera on the first day of the trial, Yael said she wants the court to overturn university’s decision to dismiss all the Suara USU staff, and order Runtung to reinstate them.

“This is the final step that we can take to overturn the rector’s decree. We have already tried a number of non-litigation methods, but nothing came out of any of them.”

The controversy first came about after the Suara USU website published what came to be known on social media in Indonesia as a “lesbian love story”.

The piece, entitled Everyone Refuses My Presence Near Her, tells the story of the challenges faced by a woman who is in love with another woman. It was written by Yael, the executive editor of the publication.

When the story was published on the publication’s website and Instagram account in March 2019, it went viral, prompting anger from the university authorities, who accused the students of “promoting homosexuality” and violating “the vision and mission of the university.”

The student journalists were then given 48 hours to vacate the Suara USU office and all 17 staff members were replaced.

The Suara USU website was also briefly shut down, although it is now operating again with new staff.

Yael, 22, told Al Jazeera that she wrote the story to highlight the issue of discrimination in her country.

Except in the province of Aceh, homosexuality is not considered illegal in Indonesia.

But lesbian, gay, bisexual and transgender, also known as LGBT, citizens still face stigma, including on university campuses, where they often choose not to openly discuss their identity for fear of discrimination.

In 2016, Mohamad Nasir, minister of research, technology and higher education, was quoted as saying that LGBT students should be barred from university campuses, saying: “There are standards of values and morals to uphold. A university is a moral safeguard.”

In February, controversy erupted online after an Instagram account, which published comic strips depicting the struggles of Indonesia’s gay Muslims, disappeared from the social network’s site.

The Suara USU case has caught the attention of several Indonesian media organisations, including the Indonesian Alliance of Independent Journalists (AJI).

In an interview with Al Jazeera, Liston Damanik, head of AJI Medan, said the case is symptomatic of a wider problem regarding press freedom in Indonesia.

“It’s a real shame that, in an academic environment, student media is not allowed to grow because of various silencing efforts,” he said.

Andreas Harsono of Human Rights Watch Indonesia praised the students for their courage.

“It’s quite rare to see students who have a clear perspective on human rights in Indonesia. They articulately stated that Runtung Sitepu had breached not only LGBT rights but also academic freedom, press freedom and freedom of association,” Harsono told Al Jazeera.

In recent years, there has been increasing discrimination against journalists across the Indonesian archipelago.

In its 2019 World Press Index, Reporters Without Borders (RSF) called out Indonesian President Joko “Jokowi” Widodo for failing to keep his campaign promises on press freedom.

“His presidency was marked by serious media freedom violations, including drastic restrictions on media access to West Papua (the Indonesian half of the island of New Guinea), where violence against local journalists keeps on growing”.

The report also stated that many journalists in Indonesia self-censor due to fear of repercussions from the authorities.

Damanik, head of AJI, said Indonesia has many “opaque laws”,  which can land journalists in jail just for doing their jobs.

“In addition, many places journalists still experience violence from those who disagree with their work. This situation is made worse by the fact that perpetrators of violence against journalists are rarely arrested and punished.”

Al Jazeera repeatedly tried to contact Runtung Sitepu, the university rector, for comment on the case against him. He has not responded.

Runtung skipped the hearing of the case on Wednesday and was represented by his legal team led by Bachtiar Hamzah.

Speaking to the media outside the court, the lawyer cited technicalities in challenging the case. He said the student journalists failed to challenge their dismissal within 90 days and that he asked the court to reject the complaint.

The next hearing is scheduled for next week.

For her part, Yael, the student journalist, said she has no regrets about writing the story, and that she is committed to taking legal action against the university.

“The main issue here is that this is about human rights,” she said. 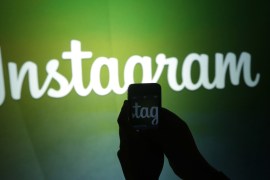 The account depicting gay Muslim characters taken down following a warning letter from Indonesia over its content. 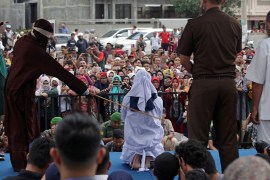 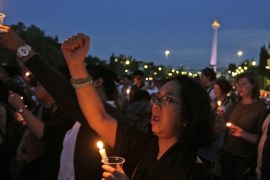