Tunisia‘s electoral commission has approved 26 candidates, including two women, to run in next month’s presidential election, out of a total of 97 hopefuls seeking to contest the country’s top office.

In its announcement on Wednesday, the body said the 71 rejected presidential candidates could lodge appeals, with the final list set to be published by the end of August.

“Seventy-one nomination papers were rejected, including 51 on the grounds of lack of sponsorships and deposit guarantees and 14 for the lack of endorsements,” Nabil Baffoun, president of the commission, told a press conference.

The September 15 vote was brought forward from November following the death last month of 92-year-old Beji Caid Essebsi, the first president to be democratically elected in Tunisia in the wake of a popular uprising in 2011. It will be the third free election in Tunisia since then.

The country was the spark for the Arab Spring revolts that toppled a number of authoritarian governments in North Africa and the Middle East.

Former President Moncef Marzouki and Nabil Karoui, a businessman and the owner of the private channel Nessma TV, will also join the race.

The two women candidates approved are Salma Loumi, a former tourism minister, and Abir Moussi, a staunch supporter of long-time ruler Zine El Abidine Ben Ali who was overthrown in the 2011 uprising.

Among  the rejected candidates was Mounir Baatour, an openly gay lawyer whose bid was denounced by 18 associations campaigning for LGBTQ rights who said he did not represent them.

The electoral commission said he was barred because he failed to gather the required 10,000 signatures.

Tunisia’s president controls foreign and defence policy, governing alongside a prime minister chosen by parliament who has authority over domestic affairs.

Tunisia has been praised as a rare case of democratic transition after the Arab Spring uprisings but still faces economic and security challenges. 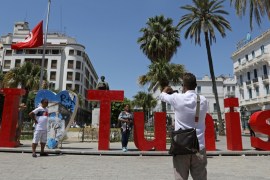 Race to succeed late President Essebsi goes in high gear as more candidates declare their intention to run in September. 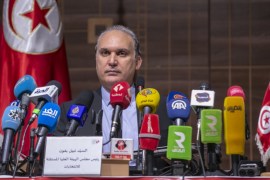 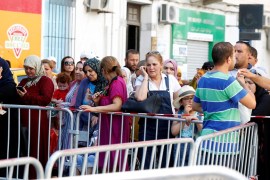 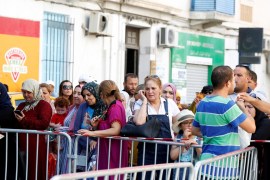