In March 2015, Saudi Arabia formed a coalition made up of several Arab states aimed at combatting Houthi rebels who had, just months earlier, overthrown Yemen’s internationally recognised government and seized control of the capital, Sanaa.

More than four years later, there are increasing signs that the coalition – unable to defeat the Houthis in a multi-layered war that the United Nations has called the world’s worst humanitarian crisis – is splintering.

In a complicated turn of events and despite technically being part of the same military alliance, fighters backed by the UAE and forces loyal to Saudi Arabia turned on each other this week in Aden, the temporary seat of the internationally recognised government of President Abd-Rabbu Mansour Hadi.

Though tensions have long been simmering, the effective seizure of the southern port city by the UAE-trained Security Belt force has raised fears of a “civil war within a civil war” and exposed divisions among the alliance’s architects – Saudi Arabia and the United Arab Emirates – over the fate of Yemen.

After days of clashes that killed at least 40 people, according to the UN, the separatists captured government military camps and the presidential palace in Aden, prompting senior government officials to accuse the UAE of supporting a “coup”.

Southern Yemen was once an independent country whose population has long complained of marginalisation since its unification with the more populous north in 1990.

The Southern Transitional Council (STC), which has the backing of Security Belt fighters and has been seeking the south’s secession, has since agreed to a Saudi-brokered ceasefire and welcomed Riyadh’s call for dialogue.

Al Jazeera takes a look at the different groups fighting and the effect the recent developments will have on the prospect for peace in the war-ravaged nation.

The latest conflict in Yemen was set off by the secessionist forces’ offensive against government targets in Aden on August 7.

The assault came on the same day of the funeral of Munir “Abu al-Yamama” al-Yafei, a leading commander in the Security Belt, a grouping of paramilitary forces that fall under the nominal authority of the Yemeni government.

Yafei was among dozens killed in a Houthi-claimed missile attack on a military parade in western Aden on August 1.

Members of the STC, however, have accused al-Islah, a Yemeni affiliate of the Muslim Brotherhood, of being behind the attack and more broadly of acting in concert with the Houthis to destabilise southern Yemen.

This is even though al-Islah and the Houthis stand on opposite ends in the conflict pitting Saudi-backed, pro-government troops against the rebel group.

“Although Saudi Arabia and the STC are both formally part of the same coalition, the Saudi alignment with Islah, Yemen’s Muslim Brotherhood, is a sore point for the STC rank-and-file,” Samuel Ramani, a researcher at Oxford University, told Al Jazeera.

“The UAE and STC used this attack on Aden to expel Saudi influence, and therefore, Islah’s presence from southern Yemen.

What does the STC want?

The STC, like many groups before it, has been calling for the south’s secession from Yemen.

Separatist sentiment in the south goes back decades.

Aden was the only British colony in the entire Arabian Peninsula to be administered directly by authorities in London between 1839 and 1967 as part of British India.

Upon independence in 1967, South Yemen or officially the People’s Democratic Republic of Yemen fell under the orbit of the Soviet Union.

The collapse of communism in the late 1980s hastened the reunification of the south and the north in 1990.

But a disgruntled population angry that its wealth was being siphoned off and disproportionally allocated to northern provinces led to an attempted break away from Sanaa in 1994.

A two-month civil war ensued in which the unionist forces of former President Ali Abdulla Saleh crushed the southern rebellion and led to power being concentrated in Sanaa.

In 2007, al-Hirak al-Janoubi (the southern movement) was established as a way to challenge Saleh’s grip on power and reaffirm the south’s distinct identity. The Hirak gained momentum in 2011 after the fall of Saleh.

In the weeks prior to the 2015 Saudi-UAE-led intervention in Yemen, thousands of Hirak activists defended Aden against advances by the Houthis and Saleh.

In May 2017, Aidarous al-Zubaidi announced the formation of the STC which he said would be tasked with “representing the will of the people”.

In January last year, clashes between separatists and government forces broke out in Aden, killing dozens of people.

Even though there are still many questions surrounding last week’s events, Rasha Jarhum, director of Peace Track Initiative, said the deadly violence “was not unexpected”.

“We’ve already seen the same conflict dynamics that happened last year in January, when the presidential palace was surrounded,” she added.

“The division is among those factions who have an agenda that is reclaiming the southern state and those who have a project for a united, federal Yemen.”

Why is the UAE supporting the separatists?

The STC is backed by the Security Belt, which the UAE has heavily supplied with military equipment and financial assistance since the beginning of Yemen’s latest conflict in 2015.

“The UAE would’ve supported the Houthis if their base was in the south and this is primarily because of economic interests in the Bab al-Mandeb Strait, in Aden and Socotra,” said Afrah Nasser, chief editor of Sanaa Review.

“It (the UAE) sees economic benefits to the war it is waging in Yemen.”

The strategy, according to an International Crisis Group report, is part of Abu Dhabi’s economic diversification model.

It is “built around its role as a logistics hub and regional headquarters” and is premised on freedom of maritime navigation, including through the narrow Bab el-Mandeb passageway.

Nasser said that while the UAE and Saudi Arabia “are not being transparent with their purpose in this war”, both sides have “a lot of economic, political and security interests”.

For Jarhum, there doesn’t appear to be a conflict between Saudi Arabia and the UAE but a “different set of priorities”.

“The Saudis see that they need to first support the government of Yemen to end the coup, which is happening in Sanaa by the Houthis,” she said. “They want to keep the discussion in terms of the peace process to be limited to basically a coup discussion … ignoring old grievances and what is happening in the south.”

What will this lead to?

But Ramani, the researcher, said that in seizing Aden, the STC had made their presence indelible at any future peace initiative.

“Their indispensability would be guaranteed, and they could be invited to a UN peace settlement for the first time. This is an especially coveted goal after they were left out of the [December 2018] Stockholm agreement.”

“But if Saudi Arabia uses coercion to forces an STC withdrawal from Yemen, dialogue will likely break down.”

Osama al-Rawhani, deputy executive director of The Sana’a Center for Strategic Studies, said this week’s events in Aden are going “to represent a radical change in Yemen’s conflict”.

“It’s adding different layers of complexity and it is very obvious how, starting from the coalition’s position towards what happens in Aden, reflects the unclear intentions of Saudi’s intervention in Yemen,” he added.

“Now, the government which the Saudi claims to help regain its legitimacy has no capital,” added al-Rawhani, calling for “clarity on what is next”.

“Now, the STC has taken over Aden, who is going to run the country?” he asked. 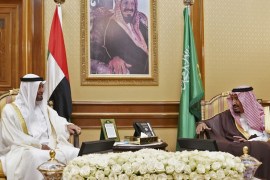 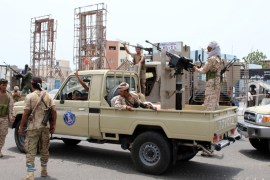 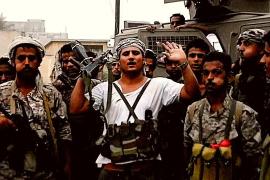 The UAE-backed Southern Transitional Coalition pitches itself as the true power in the south, not Hadi’s government.