The body of the last missing flood victim in south-central Vietnam has been recovered, bringing the monthly death toll from floods in the country to 24, authorities announced on Monday.

Floods have wreaked havoc in August in the Central Highlands of southern Vietnam as well as in northern Vietnam, where Typhoon Wipha made landfall on August 2, killing 13 in the subsequent  flooding, the Steering Committee for Natural Disaster Prevention and Control reported.

In the south, nearly 3,900 houses and more than 22,000 hectares of crops were submerged, mostly in Lam Dong province.

Floods have also damaged more than 30km of national roads, including the road leading to the tourist city of Dalat.

They have also destroyed 142 hectares of aquarium farming and 4,300 cages of river-raised fish.

Damages are estimated at more than $46m, the most serious loss in recent years.

Deadly floods are common in Vietnam.

The country’s disaster prevention agency reported that 181 people died in natural disasters last year. Almost all were killed in storm-related incidents, such as floods and landslides. 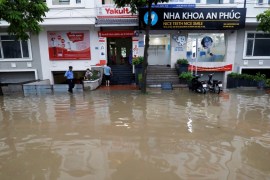 Heavy rain reported in northern Vietnam over the weekend, with more rain expected to cause flooding on Monday. 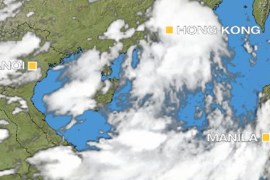