The 24-year-old is among a small number of people in Butembo, in the Democratic Republic of the Congo’s (DRC) North Kivu province, to have contracted Ebola and survived during what has become the second-deadliest outbreak of the disease in history.

“At first, around February, it was terrible,” said Huguette, a graduate of development studies, recalling the moments after being diagnosed with the highly contagious disease. “Friends ran away from me, even neighbours.”

The virus, which spreads through bodily fluids, has killed more than two-thirds of those infected by it, according to government figures. But Huguette survived after receiving treatment at a local medical centre and has since become an Ebola awareness campaigner.

“People now know when they have signs that they must go to health facilities to be investigated and find out if they have Ebola or not,” she says. “Now they understand that the disease is real.”

The DRC’s current Ebola outbreak, its 10th to date, was declared in the eastern North Kivu province on August 1, 2018, before spreading to the neighbouring Ituri province.

One year on, preventing the spread of the disease has proven a major challenge, despite efforts including vaccination and awareness campaigns by the central government in Kinshasa and various humanitarian organisations.

Deep community mistrust and a volatile security situation have hampered initiatives to beat back the epidemic, which has so far killed more than 1,800  people, including three in Uganda.

According to the United Nations, there have been more than 2,600 confirmed cases, with over 770 survived.

Why has the outbreak not been contained?

Last month, the World Health Organization (WHO) declared the outbreak a public health emergency of international concern after it spread to Goma, a major urban hub in eastern DRC that is home to some two million people.

On Wednesday, the death of the second person diagnosed with Ebola in the city – which borders Rwanda – was announced. On Thursday, Rwanda shut its border with the DRC, citing Ebola fears

“This latest case in such a dense population centre underscores the very real risk of further disease transmission, perhaps beyond the country’s borders, and the very urgent need for a strengthened global response and increased donor investment,” a statement by heads of UN agencies on the Ebola outbreak said on Wednesday.

In North Kivu, an opposition stronghold and part of a troubled region that has historically been neglected by the central authorities in Kinshasa, many believe that Ebola is not real or claim it is a politically motivated disease used by the government to kill the local population. Others believe the disease is an invention by white people to harvest organs from Congolese people.

The medical journal, Lancet, found that more than a quarter of people it surveyed in Ebola-hit areas did not believe the disease existed.

“People have not digested the presence of the disease. They thought it was a story made up just to exterminate the population,” Kasereka Mbayahi Leon, an Ebola health worker in Butembo, told Al Jazeera.

“It was difficult for us to achieve the results we were assigned because of [community] resistance,” Leon said, adding, however, that lately there had been a shift in people’s minds and attitudes.

“The change in mentality is a process and it continues to this day,” Leon said, crediting the change to awareness campaigns carried out by health workers.

A lack of security has also been a major obstacle for those fighting to stop the spread of the disease, with Ebola treatment centres and health workers repeatedly coming under attack in recent months.

“Northeastern DRC has been an area of active conflict for the past quarter [of a] century and access to some areas is limited due to fighting or the presence of armed groups,” Kate White, emergency medical engineer for Doctors without Borders, told Al Jazeera from Goma.

“But health workers associated with the Ebola response have also been specifically targeted, sometimes resulting in crucial activities such as contact tracing, alert investigation or vaccination being suspended,” she added.

Two Ebola health workers were killed earlier this month near Mukulia in North Kivu by unknown gunmen. The two had been receiving threats since December and were previously attacked, according to the government.

In their statement, the heads of UN agencies said the violence “makes an effective response far more complicated because of insecurity, including armed attacks on health workers and facilities, and population displacement.

“In some of the affected areas, violence is preventing us from reaching communities and working with them to stop further transmission.”

Political wrangling on what vaccines to deploy and who should be in charge of the fight against Ebola has also complicated efforts.

On July 20, Congolese President Felix Tshisekedi replaced Health Minister Oly Ilunga Kalenga as head of the Ebola response team. Two days later, Kalenga resigned in protest, citing “interference in the management of the response” to the outbreak as the reason for quitting.

In his resignation statement, Kalenga said there was “strong pressure exercised in recent months” by some aid agencies and donors for Kinshasa to deploy a second Ebola vaccine, produced by Johnson & Johnson.

According to WHO, the vaccine currently in use in the DRC – an experimental product made by pharmaceutical firm Merck – is 97 percent effective and may protect a person for up to 12 months.

Back in Butembo, Huguette, the survivor turned awareness campaigner, said she was determined to keep working to help in the fight against the disease.

“It’s as if I have a lot to do in the future, which is why God didn’t want me to die before time.” 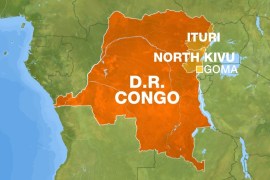 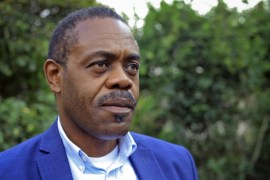