Jordan and Qatar announced the restoration of full diplomatic ties by naming their respective ambassadors, two years after Amman downgraded its relations with Doha due to pressure from a Saudi-led block.

In June 2017, Jordan recalled its ambassador to Qatar siding with the regional axis of Saudi Arabia, United Arab Emirates, Egypt and Bahrain, which imposed a land, sea, and air blockade of the gas-rich state.

In return, the Jordanian government named high-ranking diplomat Zaid Al Louzi as its ambassador to Qatar.

Al Louzi, whose father was a member of Jordan’s parliament, is the second-highest official at the foreign ministry.

Following an economic crisis and popular unrest in June 2018, Qatar rushed an economic aid package to Jordan worth $500m and offered 10,000 jobs for Jordanian citizens to work in Qatar.

The move was seen as part of Qatar’s “soft power diplomacy” in the region and to court Jordan away from Doha’s regional foes.

Majed al-Ansari, a professor of political sociology at Qatar University, said the restoration of diplomatic ties shows Jordan is shifting its regional posture closer to Qatar and Turkey, particularly on the issue of the Palestinian-Israeli conflict, and Jordan’s need of Qatar’s financial assistance.

“Also Qatar appreciates Jordan’s opting to take only half measures against it and to appease its allies,” Ansari said.

Jordan is under intense pressure from Saudi Arabia and the UAE, who attach political conditions to their assistance, such as accepting American plans for ending the “two-state solution” to the Palestinian-Israeli conflict.

“This must be humiliating for a proud country like Jordan,” said Ansari. “Jordan feels threatened by the Saudis and the Emiratis and the latest move is an indication that Jordan no longer feels it is in its best interest to keep a regional economic powerhouse like Qatar away.”

Jordanian political analyst Oraib Rantawi told Al Jazeera while Amman will remain solidly in the Saudi-Emirate camp, it nevertheless felt unsettled by the burgeoning Saudi-Emirati-Israeli alliance that bypasses its interests, especially when it comes to the Palestinian plight.

“Jordan’s move towards Qatar is intended to ease off the Saudi-Emirati pressure, and to expand its alliances in the region,” said Rantawi.

The occupied Palestinian territories of the West Bank and East Jerusalem were part of Jordan when Israel seized them during the 1967 war. Millions of Palestinians remain Jordanian citizens today. 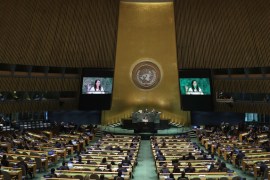 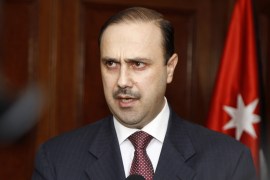 Amman, which also closed the local office of Al Jazeera TV channel, said decision was made to ensure regional stability.