The Grace 1 vessel was boarded early on Thursday when it slowed down in a designated area used by shipping agencies to ferry goods to ships in the UK territory along Spain’s southern coast.

The dramatic move could escalate the confrontation between the US and Iran.

The Gibraltar government said it had reasonable grounds to believe the vessel was carrying its shipment of crude oil to the Banyas Refinery in Syria.

“With my consent, our port and law enforcement agencies sought the assistance of the Royal Marines in carrying out this operation. We have detained the vessel and its cargo,” said Picardo.

The ship detention comes at a sensitive time as the European Union mulls how to respond to Iran announcing it will breach the maximum uranium enrichment level it agreed to in a landmark 2015 nuclear deal.

Iran did it in response to the United States abandoning the nuclear deal last year and hitting Iran’s crucial oil exports and financial transactions with biting sanctions.

In a statement, Britain’s foreign office said “we welcome this firm action by the Gibraltarian authorities, acting to enforce the EU Syria Sanctions regime”.

The mapping data shows the ship has sailed a longer route around the southern tip of Africa instead of via Egypt’s Suez Canal.

The Grace 1 was documented as loading oil in Iraq in December, although the Iraqi port did not list it as being in port and its tracking system was switched off. The tanker reappeared near Iran’s port of Bandar Assaluyeh fully loaded.

Iran has accused the Trump administration of waging “economic war” against it with a campaign to reduce Iranian oil exports to zero, following the US pullout from a global nuclear deal.

Iranian crude exports were around 300,000 barrels per day or less in late June, industry sources said, a fraction of the more than 2.5 million bpd Iran shipped in April 2018, the month before US President Donald Trump withdrew from the nuclear deal. 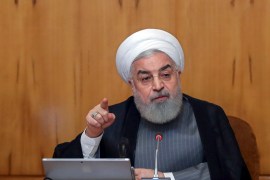 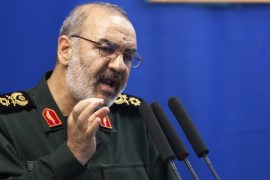 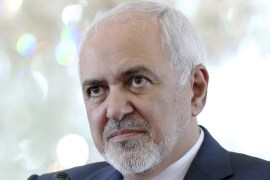