Milan, Italy – An Italian airline was accused of racism after a non-black actor portraying former US President Barack Obama was heavily made up to appear as a black person.

Alitalia announced a non-stop flight from Rome to Washington, DC, last May.

The advertising campaign, using the hashtag #WhereIsWashington, was not creating any major response until it was Obama’s turn to find the flight to Washington. In the video, an actor was covered in heavy black-and-brown makeup to appear African American. His nose was enlarged and his mouth and lips were changed to resemble a black man.

Later the airline company apologised for “the offense caused by the promotional video”.

“Alitalia deeply apologises for the offense caused by the promotional video on our new Washington route. It has since been removed from all of our social media channels,” it said in an email statement.

“For our Company, respect for everyone is mandatory, it was never our intention to hurt anyone and we will learn from what has happened.”

Called out for blackface, Alitalia initially dismissed the issue on Facebook. “You are exaggerating,” was the reply to an Italian user who suggested the offensiveness of the commercial.

Leonardo De Franceschi, a media and cinema researcher at the University of Rome, confronted the company on Facebook over the marketing campaign that he called “racist”.

Alitalia responded by saying, “The actor we cast is not Caucasian, we used the makeup to change his facial features, not his skin colour.”

However, the actor is not black and his skin tone appears darker after the application of foundation.

De Franceschi said the incident reflected the downplaying of racist practices in Italy.

“Videos – as the one produced by Alitalia – represent a common standpoint in Italian advertising and the mainstream TV industry,” he told Al Jazeera.

“I think of popular cinepanettoni (Italian comedy movies) and of more recent films … They reproduce stereotypes and practices – as blackface – that in other countries, United States and United Kingdom, for instance, wouldn’t be tolerated.”

De Franceschi said the practice should not be tolerated in Italian society.

“Films like Bamboozled by Spike Lee remind us that the blackface issue isn’t in the past,” he said. “Sometimes in Italy, people wear blackface in anti-racist and inclusive displays, but that doesn’t make it any less humiliating for people of African heritage.”

The use of blackface on the Italian actor of Tunisian decent to play Obama outraged many in Italy, especially Afro-Italians.

The African American writer Louis Pisano also criticised the Italian airline on Instagram for the ad.

“I found this Alitalia video to be offensive because it is an instance of blackface and a mockery of President Obama,” he said. “This type of humour – which positions us as the punchline to a joke – is damaging to the strides black people are making to combat racism.”

Pisano said in the modern era with social media and its global reach “this mindset only sets a country back in terms of intellectual advancement.”

“I think that Italy has a huge problem with ignorance that perpetuates the cycle of racism and racist attitudes … There is almost an unwillingness to educate themselves on historically racist practices that happened both here and abroad.”

Pisano said what makes the video even more offensive is that it comes from a company as influential as Alitalia is in Italy. “It becomes ingrained in the masses that this behaviour is acceptable,” he said. 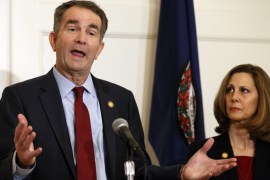 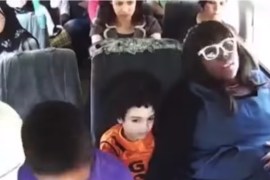 Speaking what she thought would pass as Sudanese Arabic, Shaimaa Seif, wearing blackface, chatted to commuters on a bus. 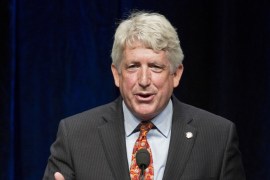 Virginia Attorney General Mark Herring wore blackface at a costume party in 1980, he admitted amid spate of scandals.