Israel approved the construction of 6,000 new homes for Israeli settlers and 700 new homes for Palestinians in an area of the occupied West Bank where it has full control.

The announcement by an unnamed Israeli official on Wednesday came ahead of an expected visit to Israel by United States envoy Jared Kushner to discuss a White House plan for an Israeli-Palestinian peace accord.

The approvals are for the West Bank’s Area C, which is under Israeli security and civilian control and where its settlements are located. It accounts for more than 60 percent of the West Bank, the Palestinian territory that would form part of a future Palestine state under the so-called two-state solution.

It was not immediately clear if all of the homes will be new construction or if some already exist and are receiving retroactive approval.

Settlements are illegal under international law and are major stumbling blocks to an Israeli-Palestinian peace agreement. They are built on land the Palestinians see as part of their future state.

More than 600,000 Israelis live in settlements in the West Bank, including occupied East Jerusalem, which is seen as a major obstacle to peace between Israel and the Palestinians. They live alongside some three million Palestinians.

Israel rarely grants approval for Palestinian construction in that area.

The plan for Palestinians – though relatively small and far outweighed by the new Israeli homes – could allow Prime Minister Benjamin Netanyahu to argue that he is making efforts in favour of Kushner’s long-awaited peace plan.

In 2016, the Israeli cabinet approved construction plans for 5,000 residential units for Palestinians in Qalqilia area in the West Bank, but fierce opposition from right-wing politicians and settler leaders shot down the plan.

The US has hinted it could back Israel keeping some of the settlements under any future peace accord.

Kushner is also expected to visit five other countries in the Middle East this week.

The visits come ahead of an Israeli-Palestinian peace summit the Trump administration plans to host at Camp David before Israel’s September elections, according to the Israeli daily Yediot Ahronot. 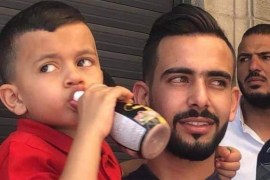 Father of four-year-old says he was warned by the police, leaving his son traumatised by the experience. 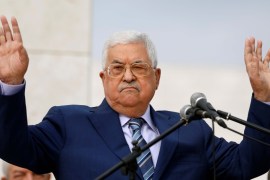 Israel, the US, and the PA succession conundrum

The US and Israel want to remove President Mahmoud Abbas from power, but that might not be in their best interests. 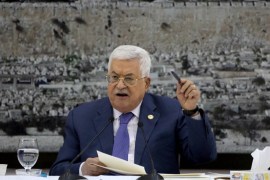 PA’s Mahmoud Abbas declares suspension of all deals with Israel

Palestinian president says committee will be formed to end agreements with Israel but does not provide further details. 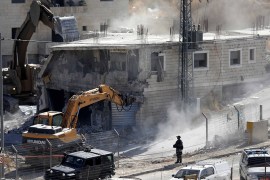