Dozens of people have been killed in an air raid at a detention centre for refugees and migrants in the Libyan capital, Tripoli, according to health and emergency officials.

According to the UN Support Mission in Libya, the air raid that happened overnight on Wednesday killed at least 44 people and wounded more than 130.

The centre, which is located next to a military camp in the eastern suburb of Tajoura, houses more than 600 people, but the part that was hit held some 150 male refugees and migrants from African countries such as Sudan, Eritrea and Somalia.

The United Nations-recognised Government of National Accord (GNA) blamed the raid on the forces of Libyan renegade General  Khalifa Haftar, whose self-styled Libyan National Army (LNA) has been  fighting to seize Tripoli for the past three months.

“This crime came after the statements of the air force commander of Haftar’s Libyan National Army, Muhammad al-Manfour, and therefore it is he who bears its legal and moral responsibility,” Interior Minister Fathi Bashagha told al-Wasat state radio.

On Monday, Manfour said aerial bombardment will be stepped up because “traditional means” to “liberate Tripoli” had been exhausted, and urged residents to stay away from what he called “confrontation areas”.

Reporting from the scene after the air raid, Al Jazeera’s Mahmoud Abdelwahed said rescuers were searching for survivors as ambulances rushed in to transfer those wounded to medical centres.

“It’s very tragic here, dead bodies are still under the rubble,” he said.

“This is not the first time that Haftar forces have targeted the centre. It came under attack in April when Haftar’s forces began their campaign to capture Tripoli,” Al Jazeera’s Abdelwahed said.

Pictures published by Libyan officials showed African migrants undergoing surgery in a hospital after the attack.

Libya is a key departure point for migrants and refugees from Africa and Arab countries trying to reach Italy by boat, but many get picked up by the Libyan coastguard, which is supported by the European Union.

Thousands are being held in government-run detention centres in what human rights groups say are often inhuman conditions.

An LNA official denied the forces had hit the detention centre, saying militias allied to Tripoli had shelled it after a precision air raid by the LNA on a camp, according to Reuters news agency.

The LNA, which controls much of eastern and southern Libya,  has failed to take Tripoli in three months of fighting and last week lost its main forward base in Garyan, which was taken back by Tripoli forces.

The African Union (AU) condemned the air raid and demanded those responsible be held accountable.

In a statement on Wednesday, AU Commision Chairperson Moussa Faki Mahamat called for an “independent investigation to be conducted to ensure that those responsible for this horrific crime of innocent civilians, be brought to account”.

Mahamat urged the international community to “redouble efforts”  to bring the warring parties to the negotiating table.

The UN refugee agency (UNHCR) said at least 30 people died and dozens were wounded, adding that the death toll could rise.

“UNHCR is extremely concerned about news of air strikes targeting Tajoura detention centre east of Tripoli, and accounts of refugees and migrants deceased,” it said in a tweet. “Civilians should never be a target.”

The UN’s mission in Libya has said around 3,500 migrants and refugees held in detention centres near the combat zone are at risk.

Libya has been wracked by chaos since 2011, when longtime leader Muammar Gaddafi was killed during the Arab Spring uprising. 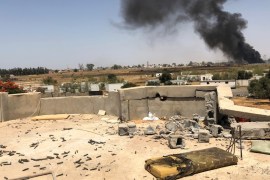 Analysts say the escalation comes after the LNA lost control of its forward base in Gharyan, south of Tripoli. 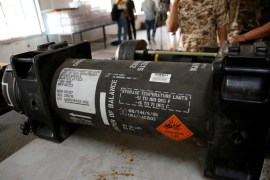 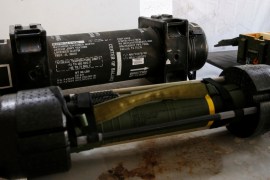 Abu Dhabi denies reports linking it to US-made missiles in Libya battle, saying it is committed to UN arms embargo.