Ukraine has released the crew of a Russian tanker detained over its alleged role in a naval confrontation that led to Moscow’s seizure of three Ukrainian vessels last November, according to Russian media reports citing the country’s embassy in Ukraine.

The state-run RIA Novosti news agency said on Thursday that the sailors were released amid threats from retaliation of Moscow, with Russia’s Foreign Ministry warning Ukraine there would “soon be consequences” if any Russian crew members were “taken hostage”.

Earlier on Thursday, Ukraine’s SBU security service said in a statement that the vessel, now called Nika Spirit and formerly named the Neyma, was identified and detained on Wednesday after it entered the Black Sea port of Izmail. The tanker remains in custody in the port, a spokesman for the Russian Embassy in Kiev told Reuters news agency.

The SBU said the tanker was used in the Russian operation to block Ukrainian vessels from sailing through the Kerch Strait, a waterway that links the Black Sea with the Sea of Azov on November 25 last year.

During the incident, Russia‘s coastguard opened fire and seized the Ukrainian ships and detained their crews totalling 24 Ukrainians.

The confrontation sparked a major diplomatic crisis between the two countries. At the time, Ukraine-Russia ties were already in freefall because of Moscow’s 2014 annexation of Crimea and the subsequent outbreak of a pro-Russian separatist struggle in the eastern Donbass region.

Shortly before the SBU announced the seizure of the Russian vessel, Ukraine’s ombudswoman said negotiations on the 24 Ukranians release had intensified following a phone call earlier this month between Russian President Vladimir Putin and Ukraine’s new President Volodymyr Zelensky.

“In the active phase of the negotiations on the release of Ukrainian sailors have moved after a telephone conversation between the President of Ukraine and the president of Russian Federation,” Lyudmyla Denisova told a news conference.

Valentina Matviyenko, the head of Russia’s Federation Council, said Moscow was ready for dialogue with the newly-elected Ukrainian parliament.

“We are ready to have a dialogue with the parliament, which has been trusted by the people. And we hope that such a dialogue is now possible, at least on those issues where we can form a positive agenda,” she said on Thursday.

But Matviyenko claimed the elections on Sunday were not in compliance with international law, as some one million people in eastern Ukraine were not able to cast votes.

Ukraine held parliamentary elections on July 21 after Zelensky, formerly a popular comedian, dissolved the parliament after taking office in May.

Voter turnout was one of the lowest in history, at only 49.84 percent.

The vote was not held in Crimea, a peninsula on the northern Black Sea coast, and in eastern Ukraine, which is currently under the control of pro-Russian rebels. 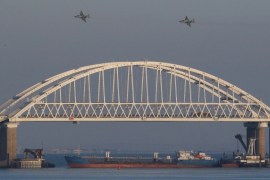 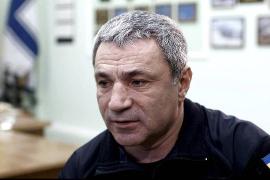