Parliament Speaker Mohammed Ennaceur, who was sworn in as interim president on Thursday, has 90 days to organise a presidential election under the country’s constitution, commission head Nabil Baffoun told the AFP news agency.

That means the poll must be held by October 23. Meanwhile, parliamentary elections had previously been set for October 6.

The announcement came amid a debate over the conditions for standing in the elections, which were amended in June but were never approved or rejected by Essebsi.

The new code would bar several strong candidates from the poll, including media magnate Nabil Karoui, charged with money laundering this month, after he stated his intention to stand.

Tunisia, the birthplace of the Arab Spring revolts, is the only country affected by the uprisings to have pushed through democratic reforms – despite political unrest, a sluggish economy and violent attacks. 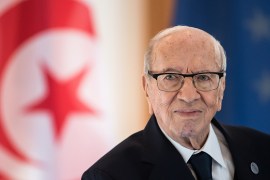 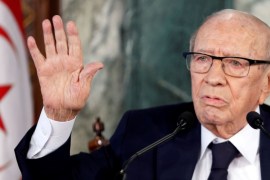