Leaders of Bahrain‘s opposition in exile have branded the nation a “rogue state” following revelations that the country’s government may have hired al-Qaeda operatives to murder dissidents.

Several opposition figures gathered outside Bahrain’s embassy in London on Wednesday following the broadcast of an Al Jazeera documentary last week on the country’s attempts to stifle anti-government organising among its Shia majority.

“This situation indicates that the regime abides by no norms, no conventions, no laws, no international agreements and that makes it a rogue state.”

Bahrain was the only Gulf state to witness the eruption of street protests during the Arab Spring in 2011, when crowds gathered to demand a democratically elected government, the end of sectarian rule and a redistribution of wealth and power.

The Sunni Al-Khalifa monarchy requested military assistance from neighbouring allies Saudi Arabia and the United Arab Emirates to assist its security forces, who together violently crushed the protest camp built at the capital Manama’s Pearl Roundabout.

At least 35 people were killed and many of those arrested were tortured during detention, human rights groups claim.

The uprising continued into 2012, with tens of thousands attending weekly rallies, but continued police crackdowns killed dozens of more civilians and arrested thousands.

The documentary, Playing with Fire, alleges Bahrain’s government made contact with al-Qaeda with the intention of using its agents to assassinate opposition figures.

“One of the officers told me they wanted assassinations,” Bahraini citizen Mohamed Saleh told Al Jazeera.

“I asked them is this a request from the government and the King and they said yes.”

In the documentary, Saleh claimed emissaries from the king referred to him as part of al-Qaeda and asked for his help.

Saleh added that he was detained by Saudi Arabia shortly after entering the country to procure weapons and was held in custody for four months, when he was released following pressure from Bahrain’s monarchy.

“I went back to Bahrain and was received by the King who wished me well.”

Bahrain’s government has denied the claims made in the documentary.

In London, opposition leaders that had gathered said the details of his testimony follow a pattern of political repression and should be taken extremely seriously.

Several Bahraini dissidents living in exile have been attacked or threatened, said Shehabi, including on the steps of the embassy in London.

“We are very frightened, especially about what the regime can do. We take some precautions but we feel threatened. We are not living in fantasy. These attacks have happened.”

Activist and researcher Lyndon Peters, who also spoke outside the embassy, called on the British government – which established a military base in Bahrain last year but has not yet addressed the allegations in the documentary – to take action.

“The revelations that Bahrain was in communication with al-Qaeda operators to assassinate opposition members should force a reaction from the western democracies who purportedly support the Al-Khalifa monarchy,” he said.

“This should force a reassessment of our relationship with Bahrain … how can we justify being in a military alliance with a ruler who is in communication with al-Qaeda.” 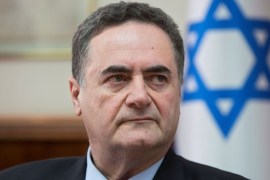 According to an Israeli foreign ministry statement the two leaders discussed ‘Iran and regional threats’. 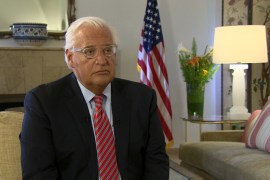 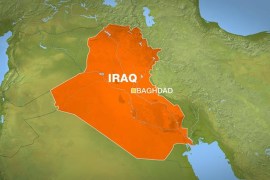