China has accused the United States and its allies of undermining global strategic stability by deepening their military presence and expanding their alliances, with Beijing also warning that it was ready for war if there was a move towards Taiwan’s independence.

The declarations on Wednesday came as the Chinese defence ministry outlined plans for the further modernisation of the armed forces.

“International strategic competition is on the rise,” the ministry said in the white paper, which is the first since 2012 and offers a rare insight into China’s military strategy and the workings of the world’s largest military force.

Accusing the US of adopting “unilateral policies”, it said Washington “has provoked and intensified competition among major countries, significantly increased its defence expenditure, pushed for additional capacity in nuclear, outer space, cyber and missile defence, and undermined global strategic stability”.

The paper “reflects the realities on the ground in China,” Victor Gao, director at the China National Association of International Studies, told Al Jazeera.

“It emphasises that Chinese defence is very much self-defence in nature and does not constitute a threat to any neighbouring countries or any other country in the world.”

The strategy was released a day after China carried out its first joint air patrol with Russia, triggering protests in both South Korea and Japan that their airspace in an area where both have territorial claims had been violated, Both countries scrambled jets to intercept the mission.

Al Jazeera’s Wayne Hay in Beijing said the Chinese defence ministry responded to questions on the patrol after the release of the white paper, saying that China had “strictly observed” international law and had not gone after any third countries. It added that patrols would continue.

China’s defence spending, second only to the US, is expected to increase by 7.5 percent this year.

The plan calls for more cutting-edge technology for the People’s Liberation Army, admitting it “still lags far behind the world’s leading militaries”.

War is evolving towards “intelligent warfare”, the national security plan said, citing a growing use of AI, big data, cloud computing and “new and hi-tech military technologies based on IT”.

Defence Ministry spokesman Wu Qian said the threat of separatism in Taiwan, an island it considers a breakaway province, was growing and warned those seeking its independence would meet a dead end.

The paper reiterated that Beijing was prepared to use force to retake the island, which is set to receive a record $2.2bn worth of US weapons, including hundreds of tanks and missiles.

“China must be and will be reunited,” it said. “We make no promise to renounce the use of force, and reserve the option of taking all necessary measures.”

The paper said the US deployment of a missile defence system in South Korea had severely undermined the regional strategic balance.

It also noted Japan’s reinterpretation of its post-World War II constitution to allow its military to operate farther from its shores, as well as Australia’s move to strengthen its alliance with the US.

China also emphasised its resolve to combat what it considers separatist forces in Tibet and the far west region of Xinjiang. 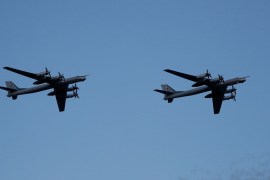 The first joint exercise marks a notable ramping-up of military cooperation between Beijing and Moscow. 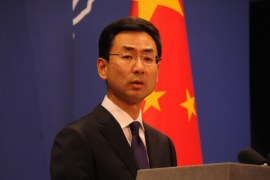 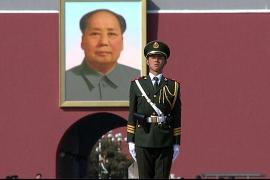 The greatest fear of the Communist Party is domestic political instability that could lead to its overthrow.