The judgment, delivered by ICJ President Abdulqawi Ahmed Yusuf, to a packed court at The Hague on Wednesday, however, rejected India‘s demand that Jadhav’s conviction by a military court be dismissed.

The court also extended a stay on the execution of Jadhav pending a Pakistani legal review and reconsideration of the conviction based on the ICJ’s ruling that Jadhav’s rights to consular access were violated.

Pakistan contended that Jadhav did not have a right to consular access because he had been convicted of espionage and “terrorism”, but the court ruled that Article 36 of the Vienna Convention on consular relations was applicable.

“The Court therefore concludes that Pakistan has breached the obligations incumbent on it under […] the Vienna Convention, by denying consular officers of India access to Mr Jadhav, contrary to their right to visit him, to converse and correspond with him, and to arrange for his legal representation,” said Yusuf.

The convention was applicable “regardless of the allegations that Mr Jadhav was engaged in espionage activities”.

Wednesday’s ruling has been seen by both sides as a win, with Indian Prime Minister Narendra Modi congratulating the ICJ for “a verdict based on extensive study of facts”.

We welcome today’s verdict in the @CIJ_ICJ. Truth and justice have prevailed. Congratulations to the ICJ for a verdict based on extensive study of facts. I am sure Kulbhushan Jadhav will get justice.

Our Government will always work for the safety and welfare of every Indian.

Pakistan’s Foreign Minister Shah Mahmood Qureshi, however, claimed it was a “victory” for Pakistan while confirming that Islamabad will not be releasing Jadhav.

Commander Jadhav shall remain in Pakistan. He shall be treated in accordance with the laws of Pakistan. This is a victory for Pakistan. #KulbhushanVerdict

“Commander Kulbhushan Jadhav is responsible for acts of sabotage, espionage and multiple terrorist incidents in which scores of innocent Pakistani citizens were killed resulting into umpteen women being widowed and numerous children becoming orphans.

“Commander Kulbhushan Jadhav has confessed all these acts during his trial in Pakistani court in front of a Judicial Magistrate. This is a clear case of Indian state terrorism.”

Jadhav, a former Indian navy officer, was arrested by Pakistani authorities in the southwestern province of Balochistan in March 2016 and charged with espionage.

Following a trial behind closed doors by a Pakistani military tribunal, Jadhav was convicted of espionage, sabotage and terrorism, and sentenced to death in April 2017.

India contested at the ICJ that Jadhav was an innocent civilian who did not receive a fair trial, and was denied consular access as required under the Vienna Convention.

India insists that Jadhav was not a spy and was abducted by authorities, while Pakistan says he operated a network of operatives in the restive Balochistan province, coordinating attacks by armed groups.

Shortly after his arrest, Pakistan released a video of Jadhav apparently confessing to having conducted a campaign of attacks against Pakistani security and civilian targets and aiding armed groups in Balochistan, Pakistan’s largest and least populated province that has seen both sectarian and separatist violence in the past decade.

I wholeheartedly welcome the verdict of International Court of Justice in the case of Kulbhushan Jadhav. It is a great victory for India. /1

In February, India’s lawyers told the court the case was “farcical” and based on “malicious propaganda”. Pakistan’s lawyers hit back by accusing Jadhav of “terrorism”.

The China-Pakistan Economic Corridor (CPEC) is a $60bn trade corridor and infrastructure development project that runs through the length of Pakistan, culminating in the Gwadar port in southern Balochistan.

The ICJ, in rejecting India’s demand that Pakistan’s conviction of Jadhav be set aside, did call for Islamabad to review the verdict in light of the ICJ’s finding that Jadhav’s right to consular access had been violated.

The ICJ ruled that it did not have jurisdiction to rule on the nature of the trial Jadhav received, but that in delivering a verdict that alters the circumstances of the case, it called for a review of the case under Pakistani law.

“Pakistan is under an obligation to provide, by means of its own choosing, effective review and reconsideration of the conviction and sentence of Mr Jadhav, so as to ensure that full weight is given to the effect of the violation of the rights,” said Yusuf. 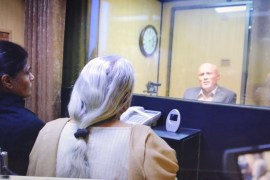 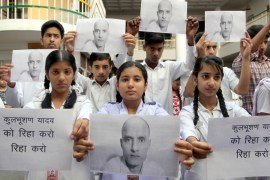