Religious restrictions are on the rise across the globe amid increasing violence and harassment of those practising, a recent report from the Pew Research Center found.

The number of restrictions imposed on religion has risen since 2007 in both authoritarian countries as well as liberal democracies in Europe, the report said on Monday.

It underlined that cases of harassment against Christians emerged in 143 countries in 2017, while Muslims were harassed in 140 nations.

The hostilities include violence and harassment by private individuals and groups, the report said.

According to the report, 52 governments – including China, Indonesia and Russia – impose either “high” or “very high” levels of restrictions on religion, up from 40 states in 2007.

Countries with the lowest levels of religious restrictions were South Africa, Japan, the Philippines, Brazil and South Korea.

Since 2007, the largest increases in hostility towards religion occurred in Europe and the Middle East-North Africa region, according to the report.

In Europe, the number of countries reportedly exhibiting religious hostility rose from 21 to 33 by 2017.

The report said in Europe, 20 countries placed restrictions on religious dress, including face veils used by some Muslim women, up from only five in 2007.

In Germany, the report said thousands of refugees were pressured to convert to Christianity using the threat of deportation, while “incentivizing them by offering accelerated baptism, free lunch and transportation costs”.

The Rohingya are described by the UN as the world’s most persecuted people. The UN last month accused the Myanmar government of practising a “policy of apartheid”.

According to Amnesty International, more than 750,000 Rohingya refugees, mostly women and children, have fled Myanmar and crossed into Bangladesh. 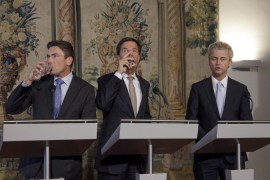 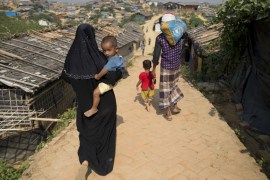 ‘Do not forget the Rohingya’: UN urges support for refugees 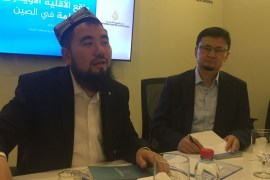