Iran is ready to hold talks with the United States if Washington lifts sanctions and returns to the 2015 nuclear deal it pulled out of last year, Iranian President Hassan Rouhani said.

“We have always believed in talks … if they lift sanctions, end the imposed economic pressure and return to the deal, we are ready to hold talks with America today, right now and anywhere,” Rouhani said in a televised speech on Sunday.

But Iran has made any talks conditional on first being able to export as much oil as it did before the US  withdrew from the nuclear pact with world powers in May 2018.

Tensions heightened between the longtime foes last year when US President Donald Trump withdrew from the nuclear deal between Iran and six world powers and reimposed sanctions on Tehran that had been lifted under the pact.

In reaction to US sanctions, which have notably targeted Iran’s main foreign revenue stream in the shape of crude oil exports. Tehran announced in May it would scale back its commitments to the deal.

In defiance of a warning by European parties to the pact to continue its full compliance, Tehran amassed more low-enriched uranium than permitted and it has started to enrich uranium above the 3.67 percent permitted under the agreement.

Tehran has been pushing the European signatories to the accord, including France, Germany and the United Kingdom, to protect it from US sanctions.

The 2015 deal between Iran and world powers was described as a triumph of diplomacy against unilateralism and a major step in countering proliferation.

The accord promised sanctions relief, economic benefits and an end to international isolation of the Islamic Republic in return for stringent curbs on its nuclear programme.

But after the US unilaterally withdrew in May 2018 and reimposed stinging sanctions on Iran, including on its important banking and oil sectors, the future of the accord became uncertain.

As the Iranian economy went into freefall, Tehran demanded that the other parties to the deal, especially France, Germany and the UK, deliver the promised economic benefits and help it bypass US sanctions.

The three European countries on Sunday called for fresh talks aimed at bringing escalating tensions over Iran’s nuclear programme to an end.

“We think that the moment has come to act in a responsible way and look for ways to stop the escalation of tensions and to resume dialogue,” said a statement by the countries’ three leaders.

“The risks are such that is is necessary that all the parties take a pause and think about the possible consequences of their actions.” 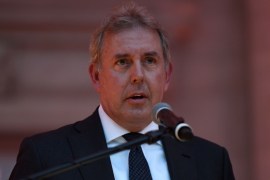 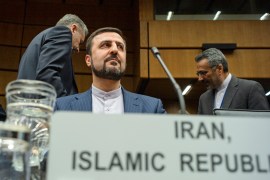