A year after the Syrian government and opposition groups in the country’s southern province of Deraa reached a ceasefire agreement, observers and rights groups say President Bashar al-Assad‘s government has done little to fulfil its reconciliation promises with arbitrary arrests and detentions on the rise.

The ceasefire deal – brokered by Russia, a Syrian government ally, in July 2018 – saw rebels agree to hand over heavy weapons in exchange for security guarantees and safe passage to other areas.

“In Deraa, like elsewhere in Syria, the reconciliation agreements have not been met on the government’s side,” said Syria analyst Emma Beals. “These ongoing violations, which began almost immediately, have caused instability and unrest in Deraa.”

Haid Haid, a Syria expert and consulting research fellow with the Middle East and North Africa Programme at Chatham House, told Al Jazeera that deal “which the government calls a ceasefire was, in fact, a surrender agreement”.

“Ceasefire deals usually imply that there will be another deal to come. But this one was the end deal which involved conditions to allow the regime to take back the areas [in question].”

Before the ceasefire was agreed, the Syrian government had launched a massive aerial and ground campaign on rebel positions across the country’s southern Quneitra and Deraa provinces. It sparked one of the largest population displacements in the Syrian war.

Although many refer to the agreement as a single deal, the Syrian government and its Russian allies negotiated dozens of reconciliation and ceasefire agreements with rebel factions and local opposition leaders.

Haid says it is important to differentiate between those brokered by the Russians, and those agreed without them.

“The conditions of the deals brokered by Russia were different to those agreed directly between the opposition groups and the regime,” he said.

“The Russian-brokered ones allowed local communities and rebel groups to remain in charge of the areas, so there was some sort of [an agreement to] semi-local autonomy which would prevent the military forces from entering those areas.

“Other deals allowed the regime to take back those areas completely,” explained Haid.

Since the ceasefire, security harassment and widespread arrests targeting civilians and former rebel fighters have been reported, suggesting that promises of amnesty for Deraa communities may have been hollow.

“From day one, the deal was violated and the area remains unstable and at risk of renewed violence,” said Syria analyst Emma Beals.

“Arrests, detentions, conscription, lack of services, collective punishment, and the actions of a nervous and untrusting security apparatus continue to plague the lives of Deraa’s residents,” she said.

According to Haid, Assad promised to release political detainees, to not detain opposition members, and not force them to join the military operations elsewhere in Syria. But these promises have not been fulfilled.

“Prisoners have not been released. Many people have been detained in their areas or residence or when they tried to cross to other areas. And the regime has also attempted to send those who were part of the opposition to fight on the front lines,” said Haid.

Arabic media reported that in a visit to Deraa earlier this year, Syria’s Chief of Air Force Intelligence Jamil Hassan told locals the release of prisoners arrested in 2015 was a futile request as “most of the people detained in 2015, and the years before, have died”.

According to Sara Kayyali, Syria researcher for the New York-based Human Rights Watch (HRW), the rights group has documented 11 cases of arrests and disappearances of individuals by the government, all of whom had signed reconciliation agreements and were promised to be safe.

“The reasons for these arrests vary … but what is clear is that promises of safety, reconciliation and return do not stand against the reality on the ground of rampant arbitrary arrests, insecurity and a status quo among security services that is largely unchanged,” said Kayyali.

In a report published by HRW in May, the rights group said Syrian NGOs had documented at least 500 arrests in Deraa since August.

The Deraa Martyrs’ Documentation Office said in a report earlier this year that 76 people were arrested in Deraa in December 2018 alone. The detainees included civilians and former opposition fighters who agreed to the reconciliation deal. The figure did not include the hundreds arrested for compulsory military service.

The Syrian military had initially agreed to a six-month exemption for Deraa residents from military conscription. An extension to this exemption ended this month, according to Beals.

“This [end of the exemption] has seen the government tighten its military grip on the area in an attempt to force recruitment,” said Beals.

“It has also led to an assassination campaign and the arrest of several hundred people within the last few months as well as a simmering protest movement.”

This experience over the past year has discouraged opposition groups in the last rebel-held bastion of Idlib to negotiate with the Assad government.

As last territory held by the opposition – mostly under the banner of former al-Qaeda affiliate Hay’et Tahrir al-Sham (HTS) – Idlib has been under bombardment by the Syrian government and Russia since April.

According to Beals, while the example of Deraa “has occasionally been held up as an example of a successful reconciliation process”, rebel groups that negotiated with Assad have been viewed negatively.

“It would be unlikely that may of them would see Deraa as a potential model for themselves, regardless of the success of the deal itself,” she added.

According to Kayyali, “people signed up to reconciliation thinking it would protect them from the abuses that characterise the Syrian government and the security apparatus”.

“Instead, what’s happened is that … the failure to resolve and reform underlying issues of the conflict means that the situation on the ground is unstable.”

The United Nations special envoy for Syria, Geir Pedersen, arrived in Damascus on Tuesday to call for fresh talks on forming a constitutional committee to revive a stalling peace process, as the government and Russian forces have been continuing the deadly bombing of Idlib.

“Pleased to be back in Damascus,” Pederson, the fourth UN ambassador to seek an end to the civil war, wrote on Twitter.

“Hopeful we can move the political process forward with the constitutional committee as a door opener, and that we can find a way to end the violence in Idlib.”

Pederson’s visit is the fourth since he took up the job in January after his predecessor, Staffan de Mistura, pushed to form the committee.

The committee is to be made up of 150 members with the government, opposition, and the UN envoy to select 50 people each. While President Assad wants to amend the existing constitution, the opposition have called for a new one entirely.

Commenting on the meeting, Haid said it was unlikely much progress will be made.

“The regime has been systematically trying to avoid starting any sort of process … because that will allow it to buy time to recapture everything militarily.

“Even if they (the Syrian government) agree on the names of the constitutional committee, there will probably be other issues that the regime will try to use to prevent the committee from functioning… [such as] the regulations that will control its work.

“There is more than one tool that the regime can use to prevent that committee from operating.”

Numerous rounds of UN-led peace talks have failed to end the eight-year civil war that has killed more than 370,000 people and displaced millions. 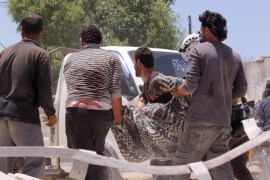 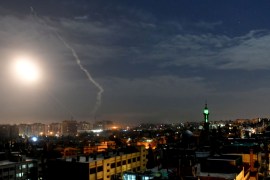 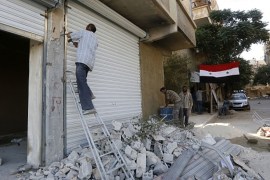 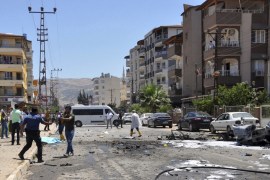