Abiy, who has emerged as a key regional leader, met representatives of both sides on Friday in a bid to revive talks between Sudan’s ruling generals and protest leaders after the military launched a brutal crackdown on protesters that killed dozens of people this week.

Among the protest movement delegates he met were opposition politician Mohamed Esmat and a leader of the rebel Sudan People’s Liberation Movement-North (SPLM-N), Ismail Jalab.

Esmat was arrested on Friday soon after his meeting with Abiy, while Jalab was arrested at his residence early on Saturday, their aides told AFP news agency.

“A group of armed men came in vehicles at 3am (1:00 GMT) and took away Ismail Jalab … without giving any reason,” Jalab aide Rashid Anwar told AFP, adding that SPLM-N spokesperson Mubarak Ardol was also detained.

“We don’t know where they are being held,” he added.

Esmat and Jalab are both leading members of the Freedom and Change alliance, which brings together opposition parties and groups with the organisers of the mass protests that have gripped the East African country since December last year.

The arrest of Jalab comes just days after the SPLM-N’s deputy leader, Yasir Arman, was seized from his home in Khartoum.

The SPLM-N has led uprisings among non-Arab ethnic minorities in the Blue Nile and South Kordofan states since 2011, which Sudan’s military rulers had vowed to end peacefully after their overthrow of longtime leader Omar al-Bashir in April.

“The Transitional Military Council is not really serious about negotiating with civilians. This could not have been more blatant in the eye of the opposition and it certainly paralyses any effort to move forward in negotiations,” Reeves said.

Following Abiy’s visit to Sudan on Friday, his spokesperson told reporters that the prime minister had endorsed two envoys to continue mediation efforts between the military and protesters.

“They [the two envoys] will be staying within the course of the next two days to have further in-depth discussions with both parties and ensure that … decisions that have been confirmed today will come to fruition over the next few days,” added Thiom.

Upon Abiy’s arrival in Khartoum, the alliance of Sudanese opposition groups and protesters said it accepted Ethiopia as a mediator in their political deadlock with the Transitional Military Council (TMC), under certain conditions.

Abiy’s trip came after the African Union (AU) suspended Sudan’s membership on Thursday following the deaths of at least 108 people since Monday’s deadly sit-in attack. More than 500 people were wounded in the raids, according to the opposition-linked Central Committee of Sudanese Doctors.

Since the deadly assault, fearful Khartoum residents have remained largely indoors, leaving the streets virtually deserted at a time when Muslims are normally out celebrating the Eid al-Fitr holiday.

Soldiers from the feared Rapid Support Forces (RSF) – who have their origins in the notorious Janjaweed militia unleashed during the conflict in the western region of Darfur in 2003 and 2004 – have remained stationed in a number of the capital’s main squares.

“We have made a formal request to the government to get the UN human rights monitoring team into the country as quickly as possible,” Colville said.

“The Rapid Support Force should immediately be reined in because this group has a chequered history. They appear to be at the centre of this week’s violence,” he added. 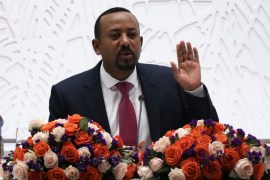 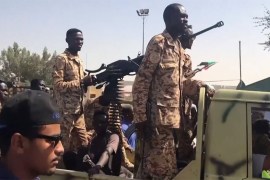