The Trump administration granted two authorisations to US companies to share sensitive nuclear power information with Saudi Arabia not long after the killing of journalist Jamal Khashoggi in October, a US senator who saw the approvals said on Tuesday.

The timing of the approvals is likely to heap pressure on the administration of US President Donald Trump from politicians who have become increasingly critical of US support for Saudi Arabia since Khashoggi was killed in the Saudi consulate in Istanbul on October 2, 2018.

US intelligence agencies have concluded that Saudi Crown Prince Mohammed bin Salman ordered the murder – a conclusion the kingdom denies.

Senator Tim Kaine, a Democrat from Virginia where Khashoggi lived, called the timing of the approvals “shocking”.

The Department of Energy granted the first Part 810 authorisation on October 18, 16 days after Khashoggi, who was a US resident, was killed. The second occurred on February 18.

The authorisations were among seven granted to US companies by Trump’s administration since 2017, as Washington and Riyadh negotiate a potential wider agreement to help Saudi Arabia develop its first two nuclear power reactors.

The Part 810 authorisations allow companies to do preliminary work on nuclear power in advance of any deal, but not ship equipment that would go into a plant, a source with knowledge of the agreements told Reuters News Agency in late March.

The authorisations were first reported in March, but it was not yet known if any were issued after Khashoggi’s killing.

The Energy Department has kept the companies involved in the sharing of nuclear technology information with the kingdom confidential, citing the need to protect business interests. In the past, 810 approvals have been made available for the public to view at department headquarters.

Speaking to Al Jazeera, Kaine accused the Department of Energy of dragging its feet on revealing the dates of the authorisations.

“They wouldn’t give us the date and they dragged it out for two and a half months because they knew that we would be shocked when we got the information about it,” Kaine said.

“There is something going on where Saudi Arabia gets just a complete free pass that no other nation in the world gets from this administration. I don’t know why that it is but I think we have to dig into it and figure it out,” Kaine said, citing the disastrous war in Yemen and the Trump administration’s unwillingness to respond with sanctions for Khashoggi’s murder.

“I want to dig into the companies that get the nuclear approval. I think we need to do more work to explore their financial ties to the Trump family,” he added.

Energy Department officials were not immediately available for comment.

Many US legislators are concerned that sharing nuclear technology with Saudi Arabia could eventually lead to a nuclear arms race in the Middle East.

Politicians have been anxious to be kept updated about talks on nuclear power between the administration and Riyadh to make sure a deal contains strict nuclear nonproliferation standards. Last year, Crown Prince Mohammed said the kingdom does not want to acquire a nuclear bomb, but if Iran did, “we will follow suit as soon as possible”.

The US, South Korea, Russia, China and France are competing for the business. US reactor builder Westinghouse, owned by Brookfield Asset Management Inc, would likely sell nuclear technology to Saudi Arabia in any deal that involved US technology.

Legislators have also accused the administration of attempting to evade Congress on sharing nuclear power with the kingdom.

Separately, Trump swept aside objections from Congress last month to complete the sale of over $8bn of weapons to Saudi Arabia, the United Arab Emirates and Jordan. 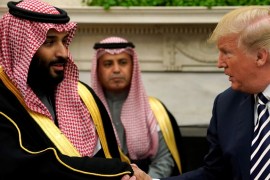 The US administration has reportedly authorized US companies to sell nuclear power technology to Saudi Arabia. 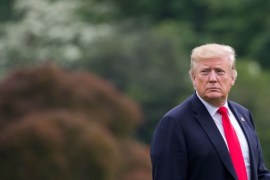 Trump administration announces it is bypassing Congress to sell $8.1bn in arms to Saudi Arabia, UAE and Jordan.