Thousands of hectares of vital crops and farmland have been set on fire by fighters in northwest Syria in a campaign that has turned food supplies into a “weapon of war”, the United Nations World Food Programme (WFP) said.

Satellite images released by campaigners last week showed fields, orchards and olive groves burning in the region where Syria’s Russia-backed army has been assaulting rebels in their last major stronghold.

Both rebels and the Syrian government have blamed each other for the destruction, WFP said.

“Not only are people displaced, lives lost but now farmlands vital for the food security of the region – crops such as barley, wheat, and vegetables – have been destroyed,” WFP spokesperson Herve Verhoosel said on Tuesday in Geneva.

“These crops burning and damage to land and livelihoods will disrupt the sensitive food production cycles and could aggravate the food security situation in the north-west for the near future,” he said.

“The latest outbreak in violence in Idlib and north Hama has left dozens of casualties, burned several thousands of acres of crops and farmland, and forced at least 300,000 people to flee their homes,” @WFP @HerveVerhoosel said on Tuesday. Full story here https://t.co/a5UggVG01w

The WFP official said the latest outbreak in violence in Idlib and northern Hama has resulted in dozens of casualties and forced at least 300,000 to flee their homes.

“The most important thing for us, it is not acceptable to take one more time the civilian population hostage, to basically use food, distribution of food as a weapon of war,” Verhoosel said.

According to the WFP, less than 5 percent of Syria’s current crop had been affected. Fires had also broken out in other areas away from the fighting, amid high temperatures.

Idlib and parts of the neighbouring provinces of Aleppo, Hama and Latakia are under the control of Hay’et Tahrir al-Sham (HTS), formerly the Syrian al-Qaeda affiliate, which the Syrian government has vowed to destroy. 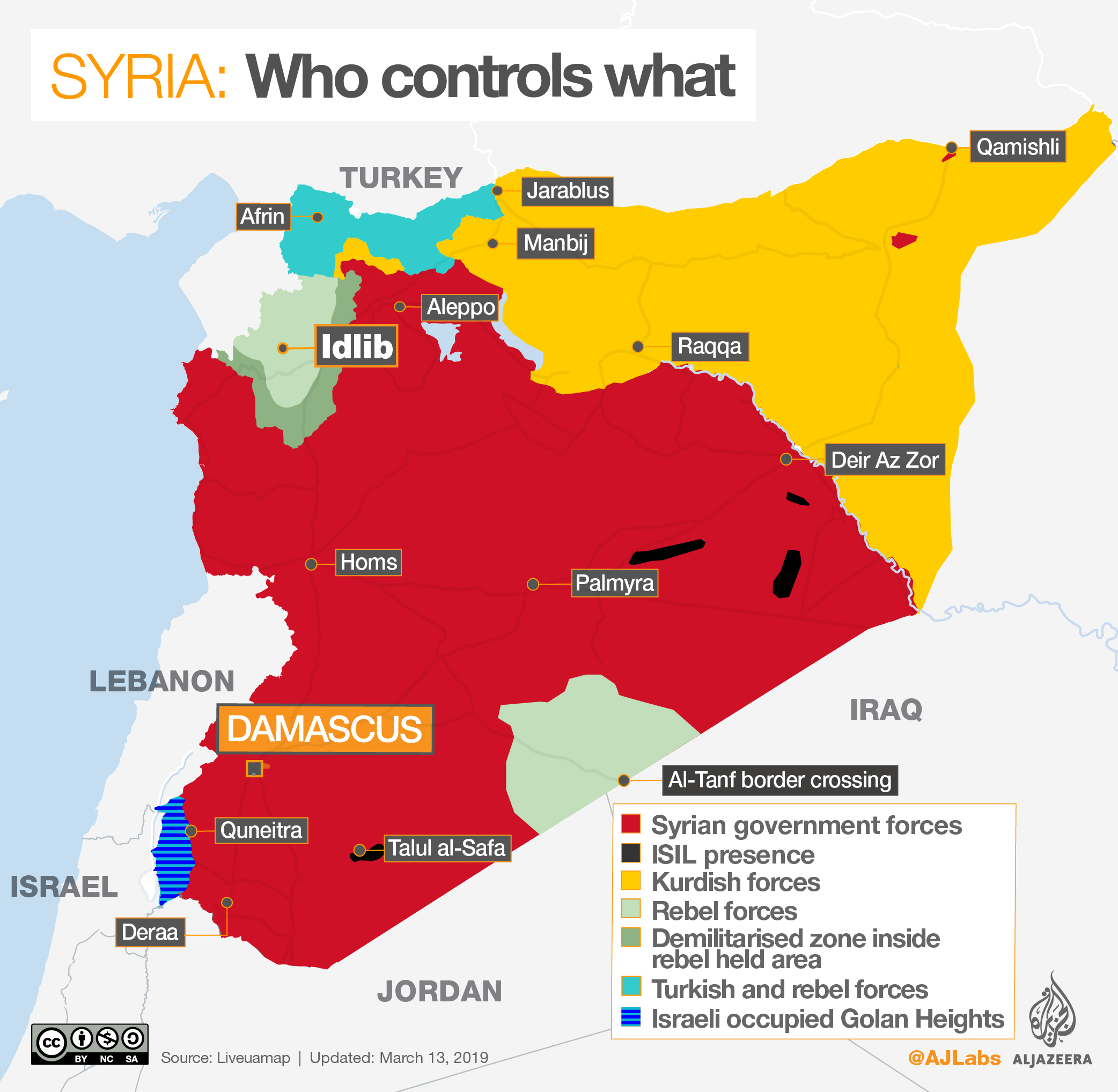